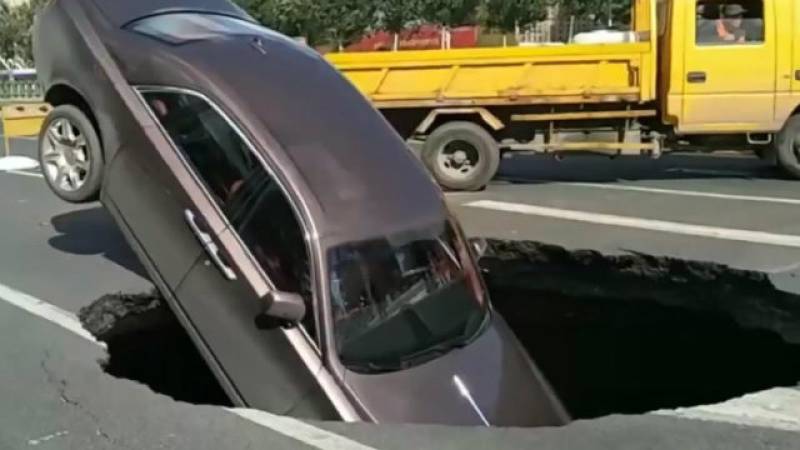 HARBIN - A Rolls-Royce car was recently swallowed by a huge sinkhole on the streets of Harbin, capital of north-eastern China’s Heilongjiang province.

The unnamed driver, who escaped without injury, had been sitting at a traffic signal on Sunday waiting for the green light. When it changed, he moved forward and suddenly his US$750,000 Rolls-Royce Phantom plunged headlong into a sinkhole. He then opened the driver’s side window and climbed out.

The incident was captured in a video that was widely circulated on social media after being posted on the Chinese streaming site Pear Video.

Harbin police did not say what they believe to have caused the sinkhole.

While many Chinese netizens blamed the poor quality of the roads for the phenomenon, others mocked the luxury car's high kerb weight of 2,590 kilogrammes, which is almost 1,000 kg heavier than an average midsize car.