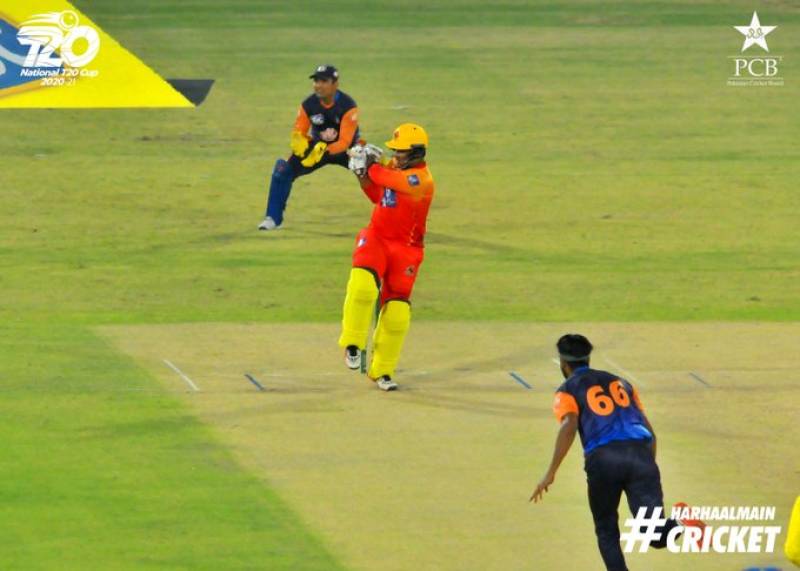 The left-handed opener struck nine fours and two sixes and partnered with Khurram Manzoor, who scored 50 off 46, for a 134-run opening stand.

The batting pair dominated the run chase from the onset as they piled up 44 runs in the powerplay. Sharjeel, who was later named man-of-the-match, then took the lead role as he smoked leg-spinner Usman Qadir for four consecutive boundaries in the ninth over to effectively seal the match for his team.

Reflecting on his innings and partnership with Khurram Manzoor, Sharjeel said: “The conditions were a little tough for batting early on. Khurram and I discussed them and decided that we have to bat spend time at the crease and bat deep, which paid dividends for us.

“I could not start off the tournament on a high but I am glad that I have gotten runs in this match. It is always a great feeling to get runs early on as it boosts your confidence. Over the course of the next matches, I look forward to build on this innings.”

Their partnership ended on the penultimate ball of the 17th over when Sharjeel chipped Ehsan Adil to Rizwan Hussain, stationed at mid-off. On the first ball of the next over, Khurram followed his opening partner back to the pavilion after getting bowled by Naseem Shah.

Twenty-two-year-old Azam Khan (13 off six) ensured there were no further hiccups in what had been a smooth chase by spanking Ehsan for two consecutive sixes in the penultimate over.

Earlier, opting to bat first, Central Punjab managed to score only 154 for the loss of seven wickets as Sindh’s Sohail Khan and Mohammad Asghar starred with the ball, returning three for 33 and two for 22, respectively.

Openers Kamran Akmal (10 off 9 balls) and Rizwan Hussain (1 off 4 balls) were dismissed inside three overs, before Abid Ali, batting at three, scored a fighting half-century.

The right-handed batsman scored 56 hitting six fours and a six. He contributed 43 runs with Abdullah Shafiq, who scored a century on his T20 debut on the opening day of the National T20 Cup but followed it up with a 25-ball 17 today.

Central Punjab lost their captain Saad Nasim (14) and Abid to Sohail on the first and last balls of the 16th over before and Irfan Khan (five) was run out on the second ball of the 17th over which saw them slip from 97 for three to 109 for six.

That they were able to cross the 150-run mark was due to quickfire knocks by Qasim Akram and Usman Qadir. Qasim scored 24 off 13, while Usman returned not out on 20 from 10 balls.