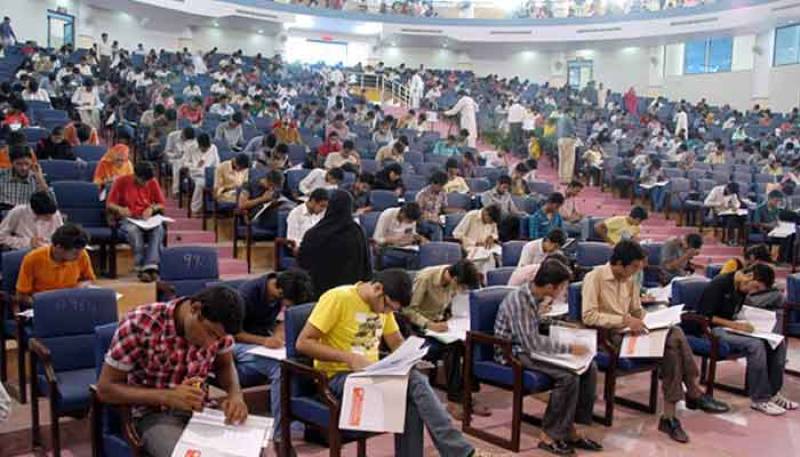 Pechuho, accompanied by Saeed Ghani and Nasir Hussain Shah, raised her concerns over the test held by the Pakistan Medical Commission (PMC) citing that students across Pakistan are protesting against the haphazard examination system.

We have received numerous complaints as the test is marred by indiscretions, she said while adding that the papers had several questions from the curriculum of the federal board, among other issues.

She further added that the syllabus in Sindh was also different from Punjab while students from Sindh are being deliberately ignored. Dr. Azra said she already conveyed its reservations to the federal government, but received no constructive reply.

Adding further details, she said we are left with two options; the first is to conduct our own medical tests or else to lower the percentage of seats in Sindh.

Provinces had the right to legislate on medical admission tests under the 18th Amendment, she said. She went on to comment that the Pakistan Medical Commission had lost all its utility when it failed to understand the problems of the concerned students.