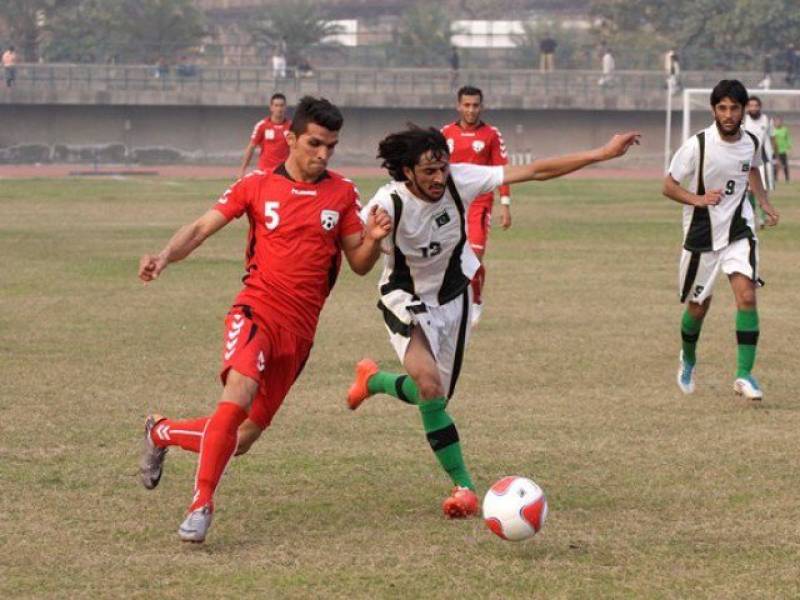 ISLAMABAD (APP) - Pakistan has moved one rank up from 171 to 170 in the September edition of the FIFA/Coca-Cola World rankings released on Thursday.

Afghanistan (130) and India (155) is raked above Pakistan while Bangladesh (173) and Sri Lanka (184) are below. However there is no change at the top of the ranking, with Argentina (1st, unchanged) on 1,442 points continuing to lead the way ahead of Belgium (2nd, unchanged) and Germany (3rd, unchanged), says a press release issued here.

Chile (8th, up 2) are the only team to have made significant movement in the top ten, and they are now in their highest-ever position since the revision of the world ranking in 2006. England (10th, down 2), however, have fallen two places, whereas both Austria (13th, up 1) and Congo (42nd, up 1) are in their best positions since 1993.

The composition of the top 50 for September 2015 also shows precious little change, with Egypt (49th, up 3) the only newcomer in this group at the expense of the Republic of Ireland (51st, down 1) and the Cape Verde Islands (56th, down 6), who have both dropped out of last month's "top 51".

A total of 15 new international "A" matches have been taken into account for this edition of the ranking, all of them friendly matches in the CONCACAF (1 match), Asia (10), Africa (2) or Oceania

The next FIFA/Coca-Cola World Ranking will be published on October 1.