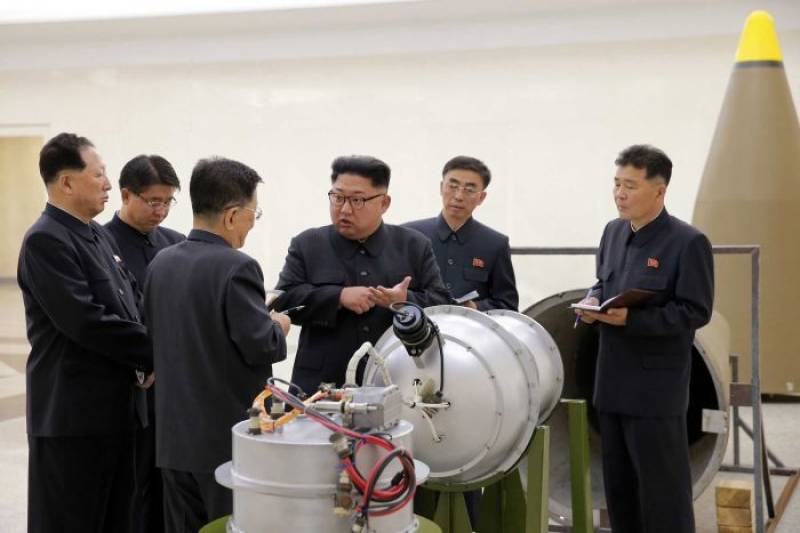 ISLAMABAD - Pakistan is among other countries condemned a statement issued by North Korea declaring a test of hydrogen bomb, which could be loaded on to an intercontinental ballistic missile, on Sunday.

Ministry of Foreign Affairs in a statement said, "Pakistan condemns the reported nuclear test by the DPRK [Democratic People's Republic of Korea]”.

“Pakistan has consistently maintained that DPRK should comply with the UN Security Council resolutions and asked all sides to refrain from provocative actions,” said the statement,

It added “Pakistan urges all sides to display utmost restraint and return towards the path of peaceful negotiated settlement of the issue.”

The test was largely condemned by China, US and other countries, who termed it a greater threat to world.

China’s foreign ministry issued a statement stating, “The Democratic People’s Republic of Korea has once again conducted a nuclear test in spite of widespread opposition from the international community. The Chinese government resolutely opposes and strongly condemns it.”

On Sunday, North Korea claimed to have successfully tested a hydrogen bomb designed to be mounted on its newly developed intercontinental ballistic missile (ICBM), producing a greater yield than any of its previous nuclear tests.

The hydrogen bomb test ordered by leader Kim Jong-un was a “perfect success” and was a “meaningful” step in completing the country’s nuclear weapons programme, according to state television.

The announcement came hours after a large earthquake that appeared to be man-made was detected near the North’s known nuclear test site, indicating that the reclusive country had conducted its sixth nuclear test since 2006.

It is bound to increase the tension hours after United States President Donald Trump and Japanese Prime Minister Shinzo Abe talked by phone about the “escalating” nuclear crisis.

Japanese Foreign Minister Taro Kono said they had examined the data from the tremors and “concluded that it was a nuclear test”, while Mr Abe said Japan was speaking to other nations.