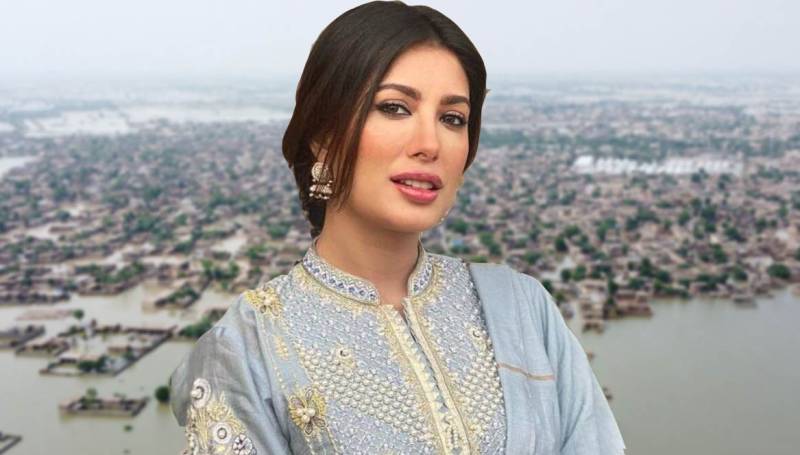 The 34-year-old global ambassador for Penny Appeal was invited for her views on Sky News and BBC where she called for urgent aid, highlighting the devastation caused by the floods is widespread and immense.

The actor also shared the clips to her social media handle where cited reports about devastation caused after record rains.

The Actor in Law star said at least 50 million people are displaced as of now, 1,500 deaths were reported that we know of but there are so many areas that people and help agencies are not being able to access to get to the people who really need help right now.

She continued mentioning multiple dilemmas, saying at least 70,000 pregnant women are expected to give birth in coming days, while lamenting no shelter, food or clean drinking water for them. Millions of already deprived people now lost everything and have to restart their lives, she added.

Mehwish mentioned working with the charity organisation to get help wherever needed. Penny Appeal is on ground in calamity hit regions, saying disaster and the fact that so much help is needed on every front.

“If you save one life, you save the world and with your little help, whatever little you can spare, that can help save thousands of precious lives,” she added.

Besides lack of basic necessities, Mehwish, who was conferred Tamgha-e-Imtiaz, also highlighted waterborne illnesses, that is already a challenge for many of the regions.

She called upcoming winter ‘one of the toughest months of the year’, saying spending frosty nights without shelter is dreadful. She also mentioned that at least 10 billion worth of damage was reported by the officials, saying it will take years to return to normality.

Pakistan is currently devastated by massive flash floods which wreaked havoc in the country, destroying major parts of ...

In another interview with Britain’s national broadcaster, the actor highlighted medical aid, sustainable food that lasts longer, and shelter is needed as people income is gone and they are literally are starting from scratch.