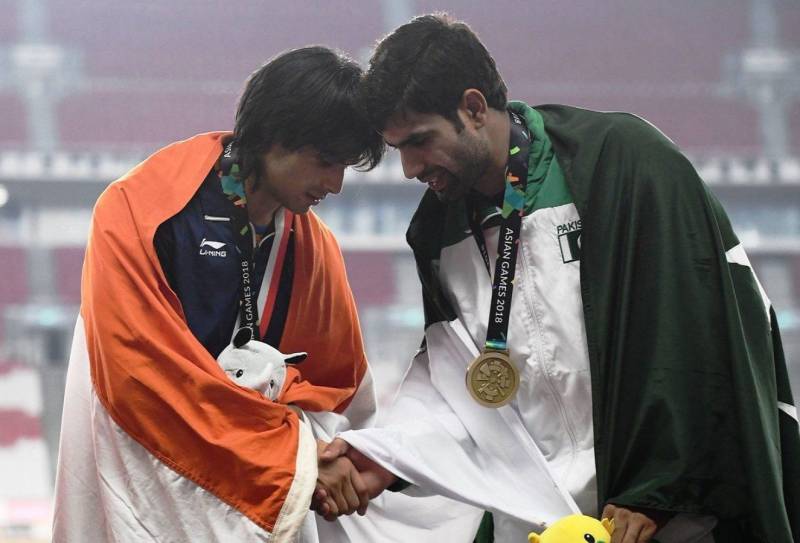 TOKYO – Pakistan and India are set to face each other in the final showdown of an Olympic event after a gap of 53 years as star javelin throwers, Arshad Nadeem and Neeraj Chopra, have moved to the medal stage after topping their respective groups of Men's Javelin Throw event in Tokyo Games on Wednesday.

Chopra was the first to qualify for the finals as he hurled a massive 86.65m throw in his first attempt of the Group A qualification contest.

Just an hour later, Pakistan's Arshad Nadeem in his second attempt displayed a stunning show by a throw of 85.16m that put him on the top of the Group B qualification. The throw also placed him at the number three position in both the groups combined, behind Chopra and World no. 1 Johannes Vetter of Germany. 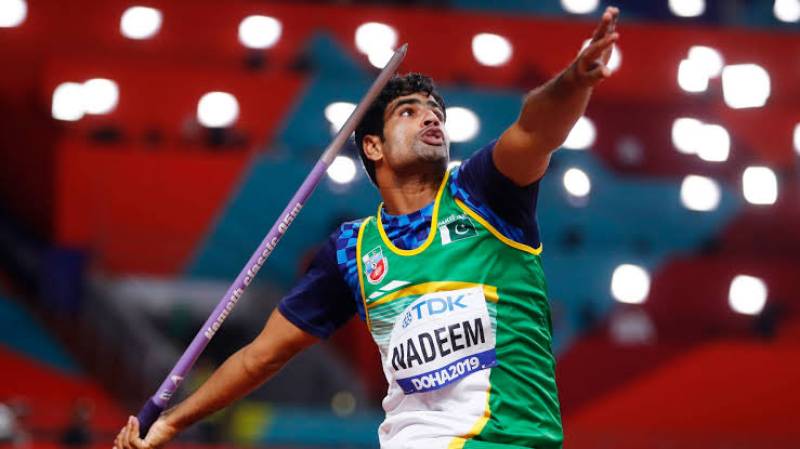 It was in 1968 that the two neighbouring countries last faced each other in the final of an Olympic event when India defeated Pakistan in hockey.

Overall in Olympics, Pakistan has claimed a total of ten medals with eight of them won by the national men's hockey team. Pakistan hockey team, which has not been able to make a cut to the Olympics for the second consecutive time, last won the bronze medal in 1992 Barcelona. 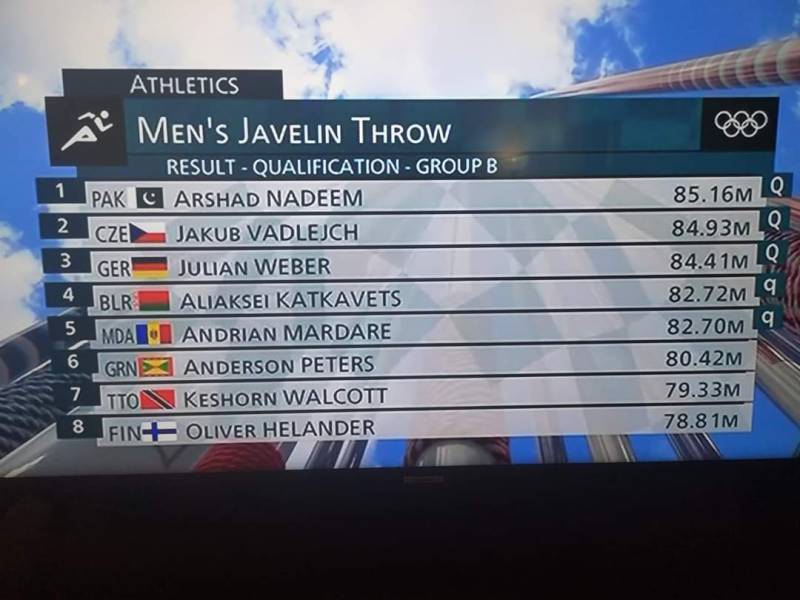 The final of javelin throw will be held on Saturday. Those who touched the 83.50m mark or the top 12 performers have moved to the final.

TOKYO – Pakistan’s Arshad Nadeem on Wednesday etched his name in history books as he qualified for the ...