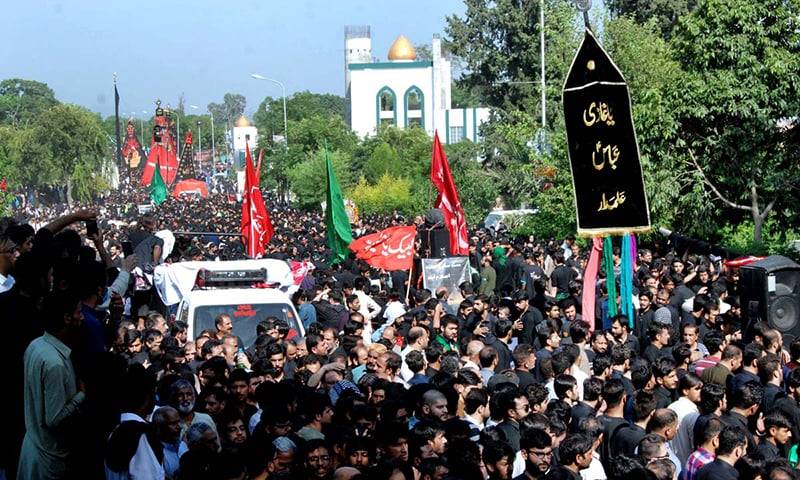 LAHORE – The Home Department of Sindh and Punjab has issued fresh guidelines for the Muharram processions and majalis amid the spread of the Delta variant in the South Asian country.

In the letter to the administrative heads regarding Muharram processions, the Punjab health department mulled mobile vaccination for the devotees while Majalis should only be held in open spaces.

The department instructed that senior citizens and children should keep their presence at majalis to a minimum and citizens with flu-like symptoms will not be allowed to participate in any gatherings.

Masks and sanitizers will be mandatory and only vaccinated individuals will be allowed to attend all kinds of mourning processions. Food should be distributed in open spaces in disposable containers.

Meanwhile, the Sindh government has also set new guidelines for Muharram. The officials said that ‘online majlis’ should be given priority for gatherings, while thermal scanners should be installed at the entrances and no one should be allowed to participate without a mask.

The tenth of the first Muharram is known as Ashura which is marked by Shiite Muslims as a major religious observance of the martyrdom at Karbala of Hazrat Hussein, the grandson of the Prophet Muhammad PBUH.