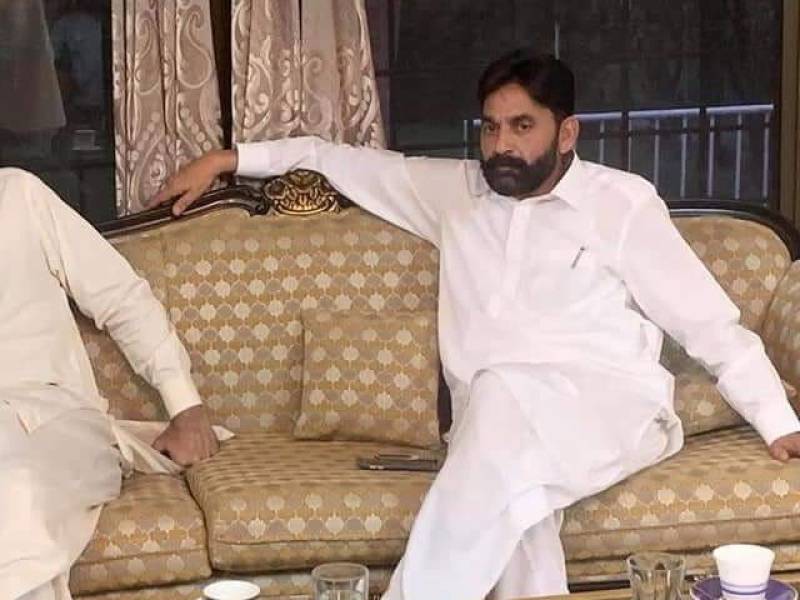 MUZAFFARABAD – Minister for Higher Education in Azad Jammu and Kashmir Malik Zafar Iqbal has been sentenced to rigorous life imprisonment in a two-decade-old murder case.

Reports in local media said a two-member bench, comprising Justice Sardar Ejaz and Justice Khalid Rasheed Chaudhry, announced the reserved verdict. The court found him guilty of murder and handed him rigorous imprisonment and a fine of Rs1 million.

Malik Zaffar Iqbal was booked in this case in an application lodged with Kotli police station in the year 2003 by a family member of Amir Asif Shah.

In the FIR, the complainant’s brother alleged that a group of armed people, including Zafar Iqbal, stormed his shop in Riyan Gala village and had opened a shot at his brother Amir Asif Shah which hit him in his forehead and later killed him.

First, the district criminal court Kotli, conducted the trial of the case, and later the sessions judge acquitted the accused persons from all the charges by extending the benefit of doubt.

Last month, the Shariat Appellate bench of AJK court, reserved the judgment which was announced on Wednesday at the principal seat in a full courtroom.