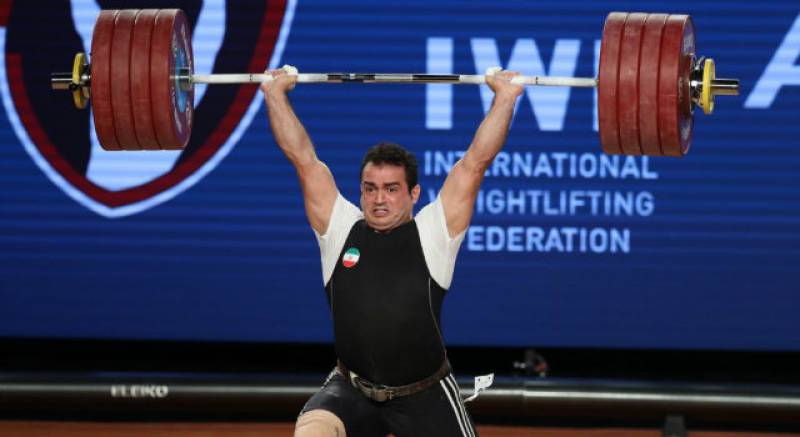 Moradi, who won gold at the 2016 Rio Olympics, scored an easy victory over Lithuania's Aurimas Didzbalis by 29 kilograms.

in the clean & jerk #233kg & total #417kg at 2017 International #Weightlifting Federation #IWF World Championships at the #Anaheim, #US.

He broke his own World Record in the Total by 4kg. pic.twitter.com/gz3YZS5C3s

The 29-year-old Moradi jumped from 220 kilograms to 233 kilograms on his fifth lift to break the clean-and-jerk world record of 232 kilograms. His 417-kilogram total topped his own world record by four kilograms.

Chile's Arley Mendez is giving Kianoush Rostami a battle in the Snatch!#2017iwfwwc pic.twitter.com/rjvKCOtB2c

Rostami, who recently injured his left knee, missed all three clean-and-jerk attempts and failed to register a total.