Girl dances To 'Raja Hindustani' in front of ex-boyfriend's house 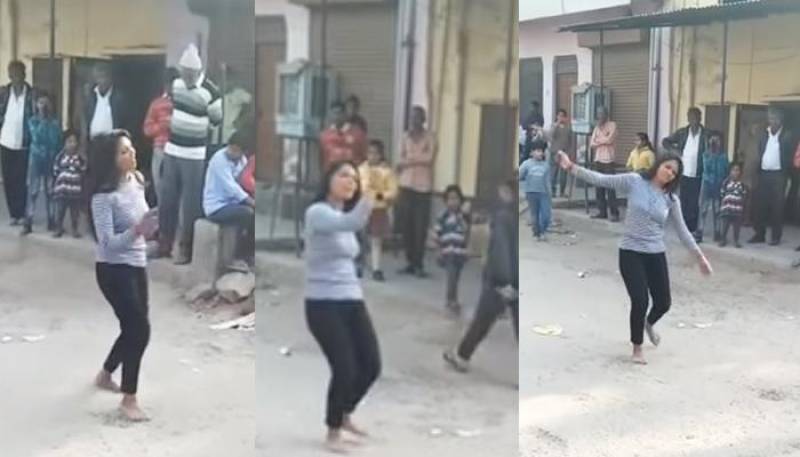 They say hell hath no fury like a woman scorned. To that scorn, if we accidentally add intoxicants - it's a whole other story!

So this is what happened in Pataudi, Gurgaon, the beloved district of Saif Ali Khan Pataudi:

A few days ago, a suspicious big ice cube landed on a wheat field in Pataudi, Gurgaon. This was thought to be frozen poop (which would sound better if we thought it was a meteor).

This is not where the story ends: Pataudi just became more bizarre: A video has surfaced of a girl, allegedly drunk, dancing in the middle of the road outside her ex-boyfriend’s house after she allegedly got dumped (pardon the pun):

This video was shared by a man called Sandeep Sehwag, with a caption that claimed that her boyfriend had cheated on her, and so she brought a full fledged DJ van outside his house in Halmandi, Pataudi, and danced to sad Punjabi songs!

In the video that is now viral, the girl stumbles and falters, but continues to dance to a song called ‘Tere Ishq Mein Naachenge‘ from the Aamir Khan and Karisma Kapoor Bollywood hit film Raja Hindustani:

After breakup with boyfriend, She takes DJ goes to her boyfriends home drunk and dances on sad Bollywood numbers! #Bollywood #Drunk #Girl

We don't know the real reason as to why this girl displayed her dancing skills in such a manner on such a busy street at daytime and didn't stop creating a scene when she saw people had gathered. We wonder why no one tried to help her or stop her.