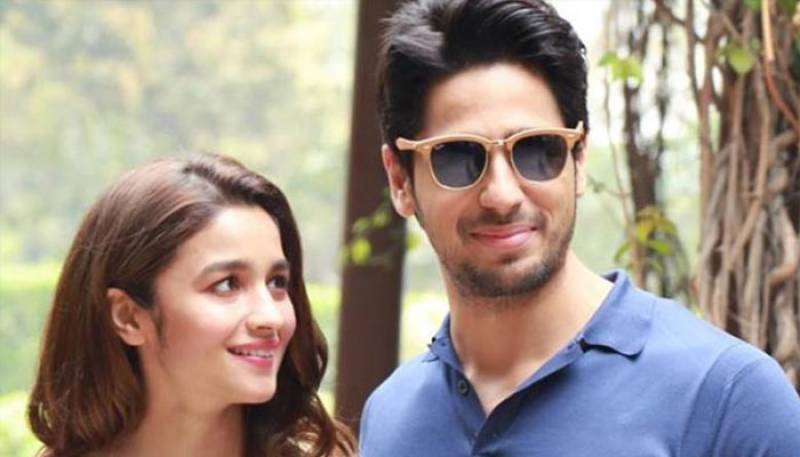 MUMBAI -  Bollywood actors Alia Bhatt and Sidharth Malhotra made their showbiz debut with the same film, Student of the Year directed by Karan Johar released in October 2012.

After starting their career together, the duo started dating each other in the year 2016, and they went on to work together for the second time in Kapoor & Sons released the same year.

After dating roughly for a year, Alia and Sidharth parted ways. According to the rumors, Alia is in a relationship with Ranbir Kapoor from the past year.

During India's popular talk show, Koffee with Karan, when the host, KJ asked Sidharth about his breakup with Alia, Malhotra replied, “We haven’t met after it. Our relationship is civil… I don’t think it’s bitter. It’s been a while. I have known her for much longer even before we dated. I gave my first ever shot with her in SOTY so there is so much history”

MUMBAI (Web Desk) – Sidharth and Alia were spotted late in the night, the alleged couple who are obstinate about not ...

Karan also asked him if it’s tough to remove the emotional dynamic they shared and go ahead professionally.  Sidharth said, “There is a reason why two people decide not to be together. There were lots of ups and downs. When you take yourself from a situation, you look at all the happy and good memories.”

On the work front, Sidharth will next be seen in Jabariya Jodi opposite Parineeti.