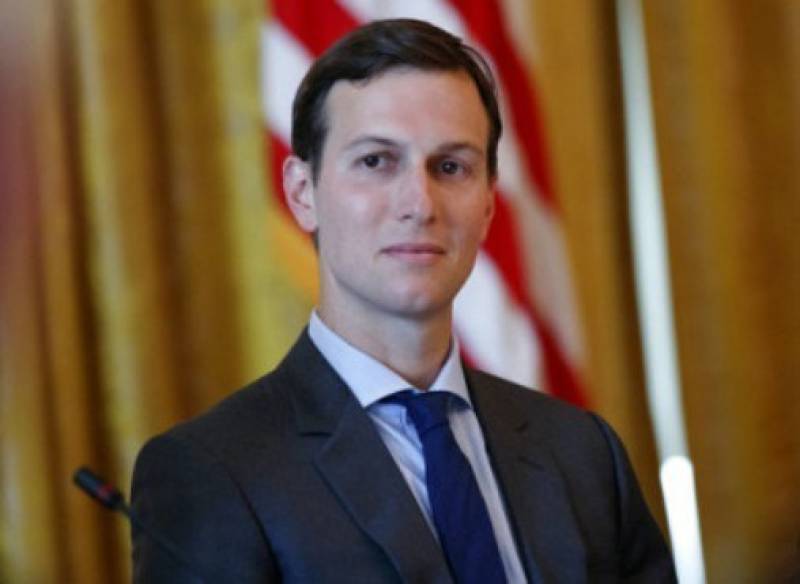 UNITED NATIONS - US President Donald Tump’s senior adviser, Jared Kushner, will brief the UN Security Council on his controversial plan for Middle East this week, a few days before the Palestinian president Mahmoud Abbas arrives in New York to address the 15-member body.

The Palestinians have outrightly rejected the plan and the 57-member Organization of Islamic Cooperation (OIC), backing their stand, said, “It does not meet the minimum rights and aspirations of Palestinian people.”

Kushner, who is President Trump’s son-in-law, will speak to the Council members behind-closed-doors on Thursday on the plan, which was unveiled by Trump at the White House last week, Marc Pecsteen de Buytswerve, the UN ambassador for Belgium, which holds the council’s rotating presidency this month, told reporters at UN Headquarters in New York last week.

“I understand that indeed he would be ready to answer questions on the plan. I think that indeed an opportunity maybe to clarify some aspects of the proposal”, the Belgian ambassador said.

“My hope will be that the council can be united as much as possible on this issue. But I think we all know, you know what different positions there are.”

Palestinian President Mahmoud Abbas is scheduled to address the council on Feb. 11 — a meeting that was announced after Trump released a peace plan that Palestinians say is heavily biased in Israel’s favour and all-but dashes their hopes of ever running a country.

According to de Buytswerve, Palestinian officials are `working on’ a draft resolution to put before the council in what is expected to be a rebuff to the Trump administration’s peace-making initiative.

The envoy said he had `no information’ on what the text looks like.

Last week, Trump released his long-awaited plan to end the Israeli-Palestinian dispute during a White House press conference alongside Israeli Prime Minister Benjamin Netanyahu but with no Palestinian envoy in the room.

The plan refers to Jerusalem as `Israel’s undivided capital’ and recognizes Israeli sovereignty over parts of the West Bank. Palestinians were offered a route to running a series of territories connected by roads and a tunnel.

“It’s certainly the view of Belgium … that any solution first has to be arrived at through negotiatiion between the two sides, and that they have to be based on all these agreed internationally agreed parameters, including UN Security Council resolutions,” de Buytswerve added.

In late 2017, a Palestinian-inspired resolution condemning Washington’s unilateral recognition of Jerusalem as Israel’s capital received 14 votes in the Security Council, but the United States quashed it with its veto.

A similar resolution proposed during the UN General Assembly, a 193-member body in which no country has a veto, was approved by a vote of 128 in favor, nine against and 35 abstentions. The remaining 21 countries chose not to be present for the vote.