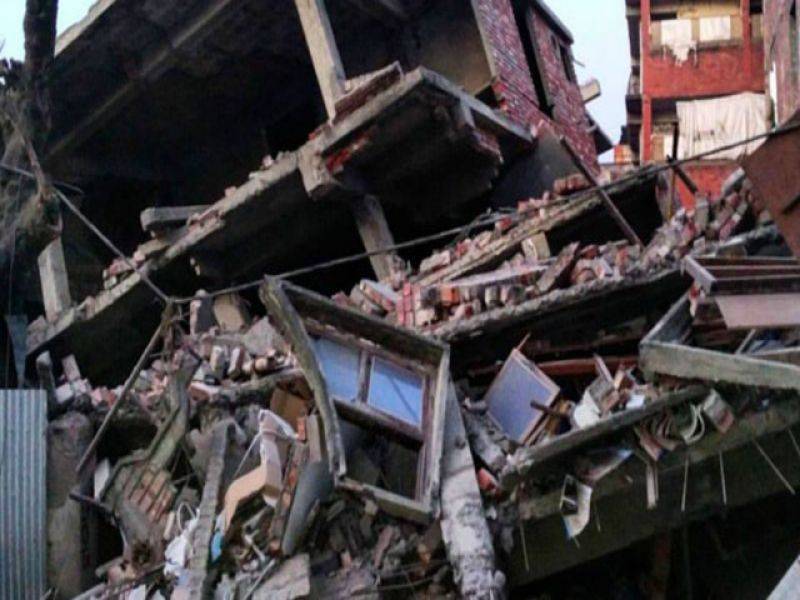 According to US Geological Survey the magnitude of quake was found to be 6.7 at Richter scale while it was centred 29km off Amphal around 57km deep.

Media reports suggest that earthquake was noted around 4:35am IST and a rescue operation was initiated immediately.

Prime Minister Narendra Modi said in a tweet that he has spoken to Interior Minister Rajnath who is currently in Assam to inquire about the aftermath of quake.

Spoke to Rajnath ji, who is in Assam, on the situation arising due to the earthquake & asked him to oversee the situation.

Later he said he has also telephoned chief ministers of Assam, Manipur and Arunachal Pradesh to discuss the relief activities.

Manipur CM Shri Okram Ibobi Singh and I had a telephone conversation. We discussed the post-earthquake situation in Manipur & Northeast.

Spoke to Arunachal Pradesh CM Shri Nabam Tuki on the situation arising in the wake of the earthquake.

Had a telephone conversation with Assam CM Shri Tarun Gogoi on the earthquake in the state & the region.

There are no reports of any losses to life or properties in Bangladesh or Myanmar following the earthquake.