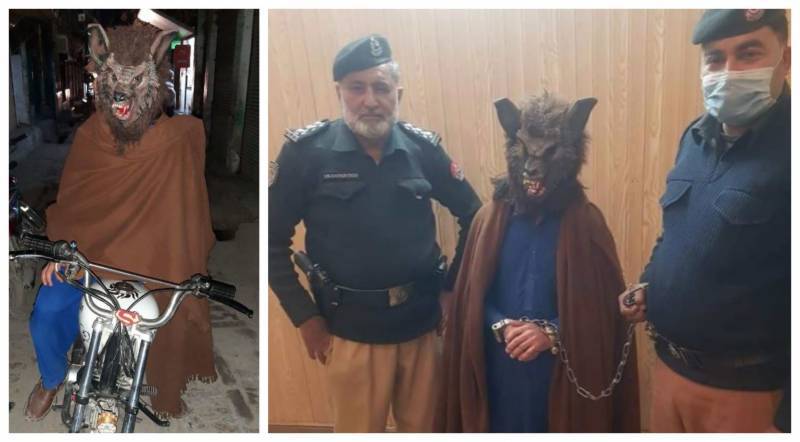 LAHORE – New York Post, an American publication, has featured a Pakistani man, who was arrested for scaring people by wearing a werewolf mask on New Year’s Eve.

The man, identified as Asad Khan, is a resident of Moti Mohalla, Peshawar. He was reportedly making loud noises in front of passersby while riding his motorcycle. The accused was arrested by Shah Qabool police station.

A werewolf mask was also recovered from his possession. A case has been lodged under section PPC 107 against the ‘Peshawar wolfman’.

PESHAWAR – Police have arrested a young man for creating panic among children and women on New Year’s Eve ...

The arrested man in his defence said that he was not trying to frighten anyone but was merely following the government’s instruction to wear a mask in order to slow the spread of the coronavirus.