Harry Styles and Gucci collaboration is everything

Actor, Singer and now model Harry Styles is love of girls around the globe. His work as a singer and actor has been real good and is appreciated by many. His personal fashion statements have always been more edgy and he is breaking boundaries with his looks only. His recent shoot with Gucci is another example of how amazing he looks with his ‘different’ style statements. 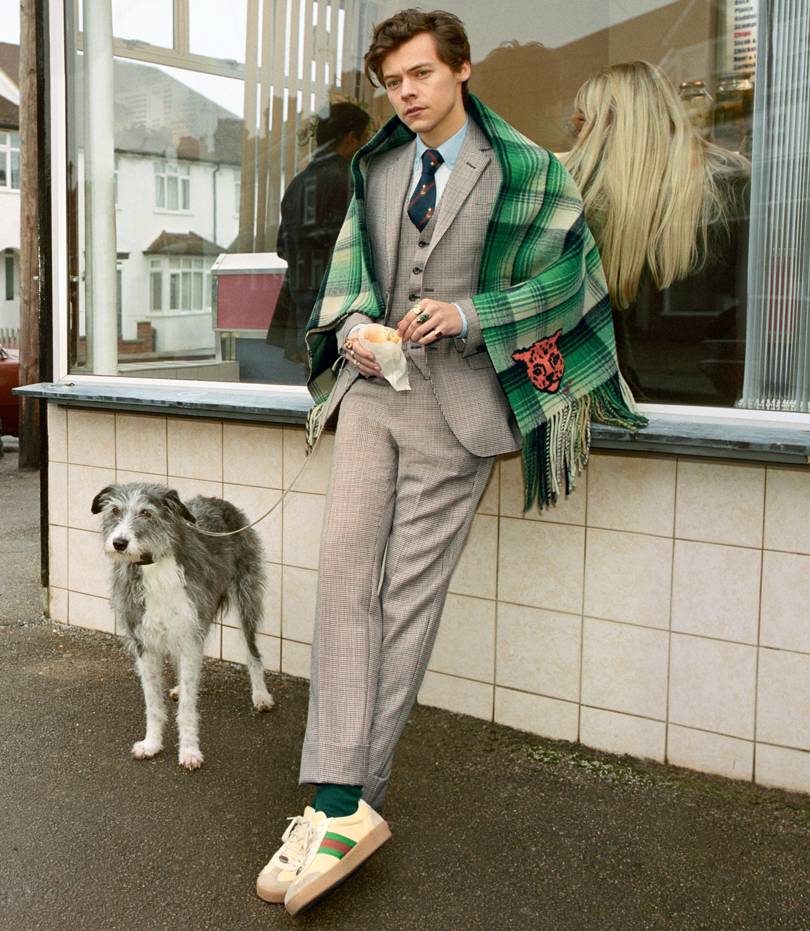 24 years old Harry Styles did a recent shoot with Gucci. He had been wearing Alessandro Michele’s designs but now he decided to step up his brand. Since Harry was last spotted at suburban St Albans in March 2018 it was rumored that the Star was working with Gucci in a more promotional capacity. 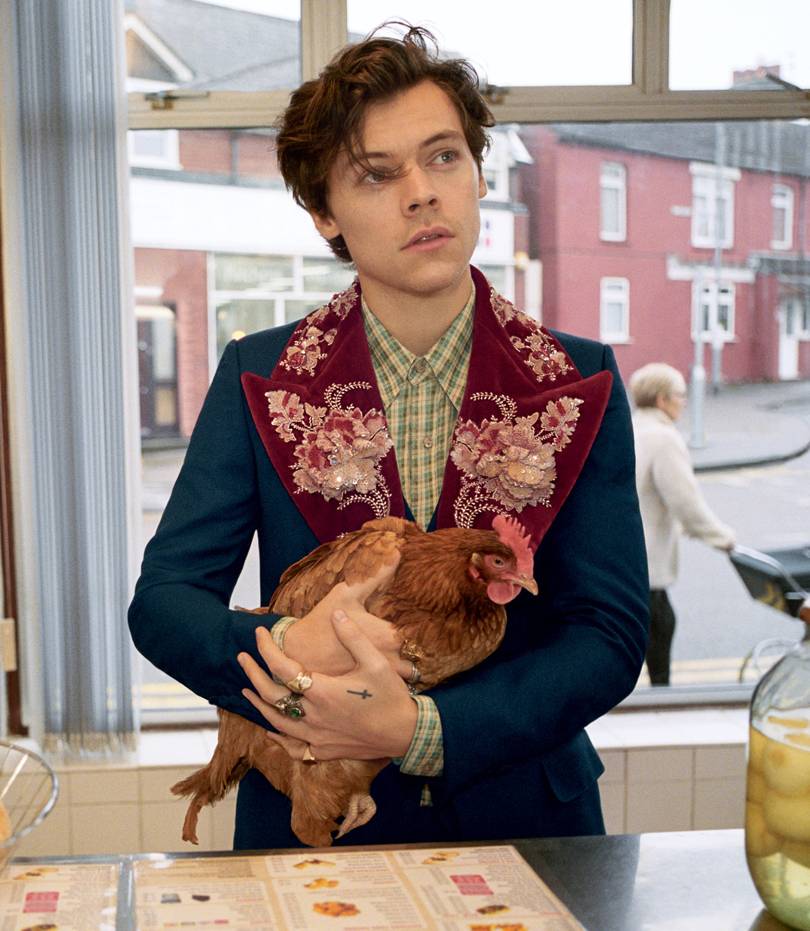 Long awaited Gucci tailoring campaign is shot by Glen Lunchford, art directed by Christopher Simmonds and modeled by Hardy Styles (Of course). He flaunts his the designs and perfectly tailored clothes around a local fish and chip shop. He wore a Marseille jacket with an embroidered collar while carrying a pet chicken. In another picture he wore a Gucci retro check grey three piece suit eating a pack of chips! Eye-candy!!