I will not accept any show on NeoTv Network until Khalil Ur Rehman Qamar is boycotted: Sherry Rehman 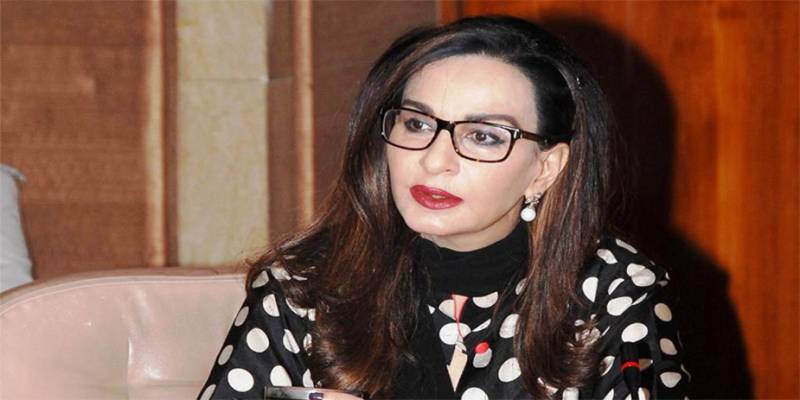 Khalil Ur Rehman Qamar crossed every limit, the moment he decided to go on national television and curse and swear at a woman.

We all are very well aware of the director’s unchivalrous behaviour, but abusing anyone on LIVE television is simply disgusting and unacceptable!

During a discussion around feminism in a talk show, Qamar lost his temper while discussing a slogan of the upcoming Aurat March he had previously taken issue with: ‘Mera Jisam Meri Marzi.’

This harmless little phrase got Khalil-ur-Rehman Qamar all riled up. After that, he got into a profanity-laced spat with Marvi and used some unacceptable and crass remarks during the LIVE show.

Following Qamar’s disrespectful comments, several celebrities and public figures have spoken out against the writer.

I will not accept any show on @NeoTv_Network until this anchor apologises and this abusive man boycotted. If others ( men and women ) do the same when asked for shows this kind of disrespect to women may not get impunity. Women’s rights are human rights. Enough of this nonsense https://t.co/YAJlmawCXF

Senator Sherry Rehman also expressed her thoughts over the situation, lashing out at the TV channel that aired the program. “I will not accept any show on NeoTv Network until this anchor apologises and this abusive man is boycotted. If others ( men and women ) do the same when asked for shows this kind of disrespect to women may not get impunity. Women’s rights are human rights. Enough of this nonsense,” she said in a tweet.

However, Ayesha Ehtesham, the host of the show had already apologised for what went down between Marvi Sirmed and Khalil ur Rehman last night, referring to it as an “extremely sorry state of affairs”.

“What happened yesterday in my show was an extremely sorry state of affairs. I could not imagine things could turn out to be so rough and abusive. I was completely taken aback which might have affected my ability to condemn abusive and sexist remarks there and then. However, nothing on my part was intentional. There was quite a lot of screaming, shouting & swearing from both sides (part of program that could not go on air) that left little room for me to reverse things back to normal or come up with a prompt condemnation. I apologise to my viewers,” she said.