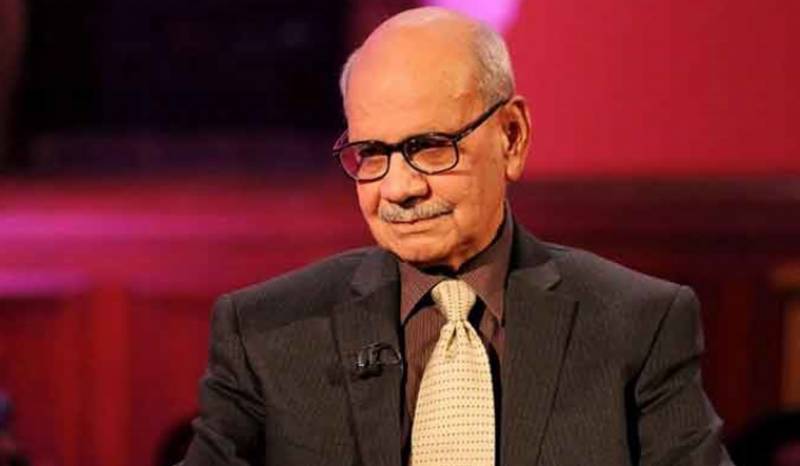 IHC Chief Justice Athar Minallah issued the verdict on a petition filed by Durrani seeking removal of his name from the Exit Control List.

The chief justice remarked that the court examined all records and found that no investigation was being conducted against Durrani when his name was put on the ECL in 2018.

The former ISI chief has the same rights like an ordinary citizen. The judge also wondered if the federal government can place anyone's name on the no-fly list.

The additional attorney-general (AAG) said that a notice should be issued to the Ministry of Defence's representative and a reply should be sought from him in this regard.

During previous hearings, the Ministry of Defence (MoD) opposed the removal of his name from the no-fly list.

It was of the view that Durrani had been involved in interaction with “hostile elements specially Indian intelligence agency Research and Analysis Wing (RAW) since 2008”.

The name of the former ISI chief has been placed on Exit Control List (ECL) for anti-state activities, it added.

The former ISI chief's name was placed on the ECL in May 2018 at the request of the Military Intelligence Directorate.

Durrani served as the chief of ISI from August 1990 till March 1992. He landed in hot waters after co-authoring a book with former Indian spy chief AS Dulat, titled 'The Spy Chronicles: RAW, ISI and the Illusion of Peace'.

Durrani was summoned to the General Headquarters (GHQ) to explain his stance on the controversial book.

Then-DG ISPR Maj Gen Asif Ghafoor had revealed that Durrani was found guilty of violating the military code of conduct.

“He has been found guilty of violating the military code of conduct. His pension and other benefits have been stopped,” the DG ISPR had said.