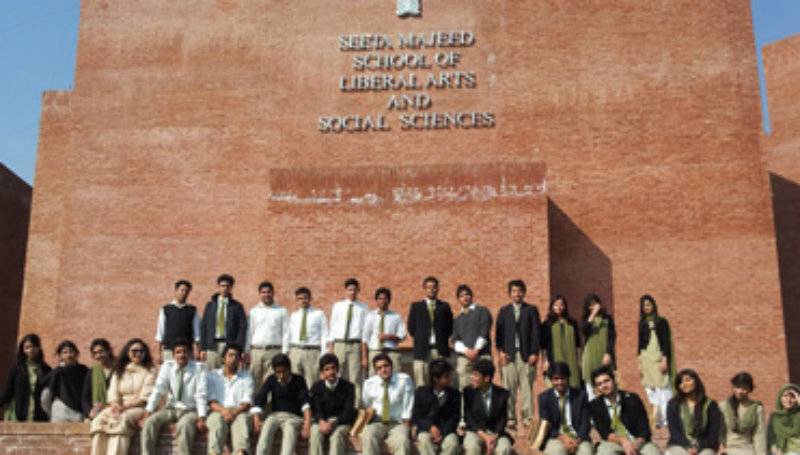 ‘Khara Sach’ host Mubashir Lucman, in a news package aired on Tuesday night, showed the banners and posters made by BNU students alleging Pak-Army personnel raped women in Bangladesh during 1971 war against India.

Another poster - ‘Do You Know About The Shahi Qila Dungeon of Zia?’ - pointed out the torture cells in Lahore’s Shahi Fort made by former president Gen Zia-ul-Haq during his 11 years rule as military dictator.

Not only the army was targeted but the students, who were fully patronized by department head, criticized the Constitution of Pakistan discourages the ‘right to express’ and ‘freedom of speech’.

Dear Pseudo Liberals, what is the point of belittling the sacrifices of our soldiers in ’65 war?

‘Do you know about the war going on in the heart of Punjab in which 18 people have been murdered and hundreds injured by the state? *cough* Army *cough*’ - another poster stated referring to the land dispute between Pakistan Army and locals in Okara district of Punjab.

Lucman, one of the controversial anchors in Pakistani media, strongly criticised the activity of ‘liberal minds following the Indian ideology’. He gave a reference of a book - ‘Dead Reckoning: Memories of the 1971 Bangladesh War’ - written by Sharmila Bose, granddaughter of Indian nationalist Subhas Chandra Bose, in which she rejected such allegations linked to Pakistan Army personnel, Mr Lucman said.

The TV show host further said that he had invited Prof Taimoor-ul-Hassan, Dean School of Media and Mass Communication, BNU, who refused to join the show and made an excuse. The head of department also denied sending any university spokesperson for comments.

According to the Article 19, “Every citizen shall have the right to freedom of speech and expression, and there shall be freedom of the press, subject to any reasonable restrictions imposed by law in the interest of the glory of Islam or the integrity, security or defence of Pakistan or any part thereof, friendly relations with foreign States, public order, decency or morality, or in relation to contempt of court, 1[commission of] or incitement to an offence.”

Pakistan has had a chequered history of freedom of press. The country enjoyed a very brief period during which there was complete freedom of press and that ended with the death of Muhammad Ali Jinnah. Soon after, newspapers started getting banned and their editors were hauled off to prisons. Successive governments continued to arm-twist the press. A number of laws were enacted to restrict freedom of the press and to browbeat journalists into keeping the truth from the public.

It should be noted that countries around the world impose some reasonable restrictions on the freedom of speech. Absolute freedom of speech is bound to be misused by certain elements and have negative effects on society. Nothing should be expressed in a way, which may defame someone or may offend the notions of morality of a person, or may incite someone to an act of lawlessness.