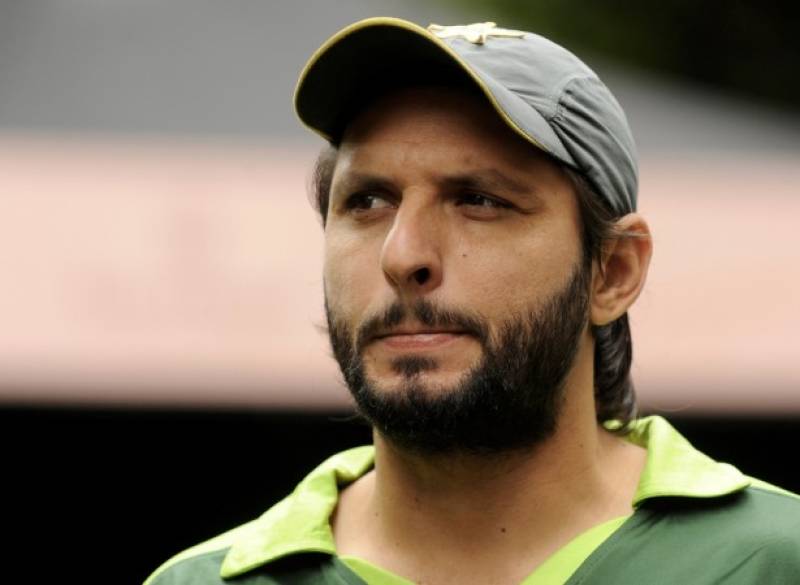 KARACHI - When Pakistan's Shahid Afridi smashed a 37-ball century against Sri Lanka in 1996, he not only registered the fastest-ever one-day ton, he also became the youngest player to score 100 runs in an international.

In a new autobiography, the fiery all-rounder says he was aged 19 when he blasted onto the world stage with his record-breaking innings, and not 16 as history suggests.

"For the record, I was just nineteen, and not sixteen as they claim," he writes in "Game Changer", which went on sale this week.

Wisden, the sport's recognised almanack, still lists Afridi as the youngest player to score a one-day ton -- aged 16 years and 217 days -- but his fastest-century record lasted until 2014 when it was eclipsed by

Cricket experts and fans have long questioned the purported ages of various Asian players -- particularly in junior competitions -- and Afridi's revelation will only fuel the controversy.

In the weeks leading up to his record-breaking Pakistan debut, Afridi had been playing in an international under-19 tournament in the West Indies.

Pakistan cricket authorities claimed Hasan Raza was 14 years old when he made his Test debut against Zimbabwe in 1996, but Wisden doesn't recognise that claim.

The age controversy is just one of many in Afridi's book, in which he lays into former teammates with no holds barred -- calling Javed Miandad, Pakistan's most successful Test batsman, "a small man".

"He hated the way I batted," writes Afridi of the 1999 India tour, accusing Miandad of not giving him batting practice before the Chennai Test in which he scored a century to help Pakistan to a 12-run victory.

"Javed's attitude towards me touched a new low. Before the post-match ceremony, he pulled me aside and said 'Listen, buddy, you'd better make sure you thank me in the presentation'. I couldn't believe it.

"That day I lost all my respect for Javed Miandad, supposedly one of the greats of the game but in reality, a small man."

Afridi described another teammate, Waqar Younis, as a mediocre captain and terrible coach.

He said Imran Khan, a former captain and now prime minister of Pakistan, had an "abrasive style leadership".

"By the way, they say that Khan... runs his cabinet the same way," he added. Afridi heaped praise on the late Bob Woolmer, however, the Englishman who coached Pakistan during his best years.

"I can safely say that the only coach who gave me that kind of support was Woolmer. My batting stats were better under him," he writes.

He described former Indian opener Gautam Gambhir, with whom he clashed on-field in 2007, as "a burn out who had attitude problems".

"I remember that run-in with him in 2007 tour when he completed a single while running straight into me. The umpires had to finish it off or I would have," he said.

"Clearly we had a frank bilateral discussion about each other's female relatives."