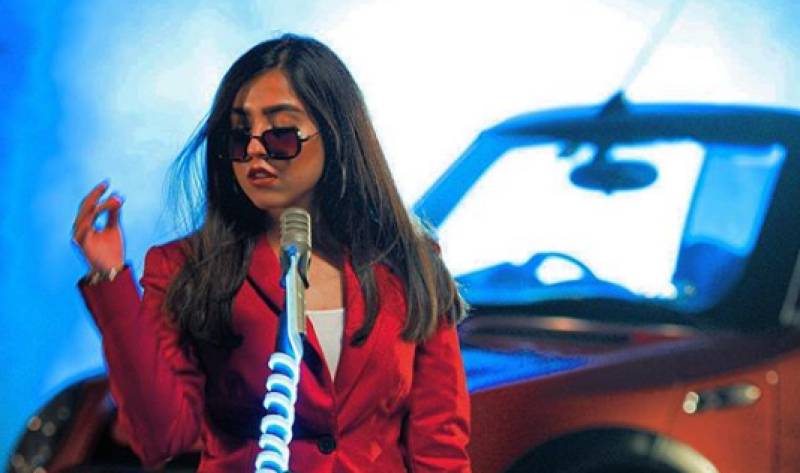 Pakistan's rising star Zoha Zuberi is on a roll as she creates spellbinding music and works towards enriching the industry with constant innovation.

Whether it’s electronic pop or soulful blues, Zoha knows how to shine in every genre.

The young emerging talent recently dropped her new single “Kyun Chal Diye” and it's catchy tunes are definitely worth the recognition.

KYUN CHAL DIYE! Can’t tell how many hours went in to creating this song and then the video. It’s something entirely different then what I usually write and compose. And for helping get out of my comfort zone to just do this, oh I have only @balachayub and @alimoats to thank. I hope you guys liked it! I’m overwhelmed by the response that you guys gave me! Keep sharing and listening! I have A LOT more music coming soon! How about a new song every month? OUT NOW on all streaming platforms! #kyunchaldiye #zohazuberi #alimustafa #bkazi #ingeniouscaptures #music #musician #songwriter #love #artist #song #actor #singersongwriter #guitar #singing #livemusic #sing #concert #producer #rock #follow #live #instagram #newmusic #actress #hiphop #pop #instagood #retropop #pakistan

In an interview, Zoha gave us an insight into how she felt about the song, “It’s obviously a special feeling, every time I go on stage or in the recording studio I remember to stay humble while staying true to my music"

"The song is different from all my other songs but I think my fans loved it, which is important”

The concept of the video was also her own idea to which she said, “The video takes its inspiration from life itself. When you watch it go past you it feels like a story that has a beginning and an end. Yet no matter how hard we try, the story will never make sense. There are people & friends around you that might stand close to you, yet have no consequence on your mood. You might be doing nothing substantial in life, yet you can still look cool while doing nothing. That is what being alive is like… that is what this video is all about. It doesn’t make sense but it’s fun to watch”.

Directed by Balach Khan, “Kyun Chal Diye” was produced by Ingenious Captures and its art direction was done by Bilal Kazi. The video has been received with a lot of positive sentiment across all social platforms.

The music production of the single was done by Ali Mustafa, who was ecstatic about the release, “The music falls in the genre of retro pop and is something you don’t really see happening in Pakistan a lot”, said the music producer, “we wanted to experiment with Zoha’s versatile voice and as expected it worked out very well” he concluded.

Zuberi, a singer, and songwriter based in Islamabad made her debut in the Pakistan Music Industry with a national song, “Naya Pakistan” in 2018.

After her first EP release in February 2019, she has been working in collaboration with prominent brands and artists across the country. She has been performing in national festivals and concerts in every major city across Pakistan ever since.

On her future plans, Zoha said, “There is a lot coming your way actually, I have a song coming out almost every month from now on”.