During the Swedish ambassador’s visit to 39thSharjah International Book Fair 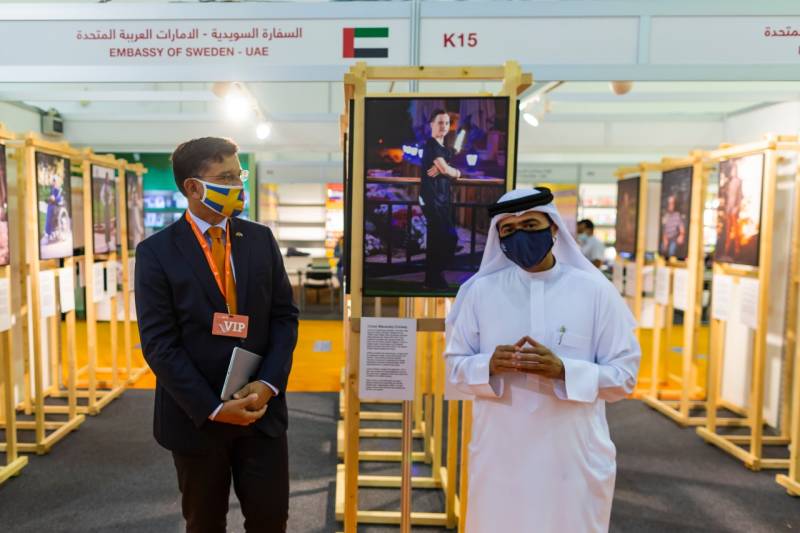 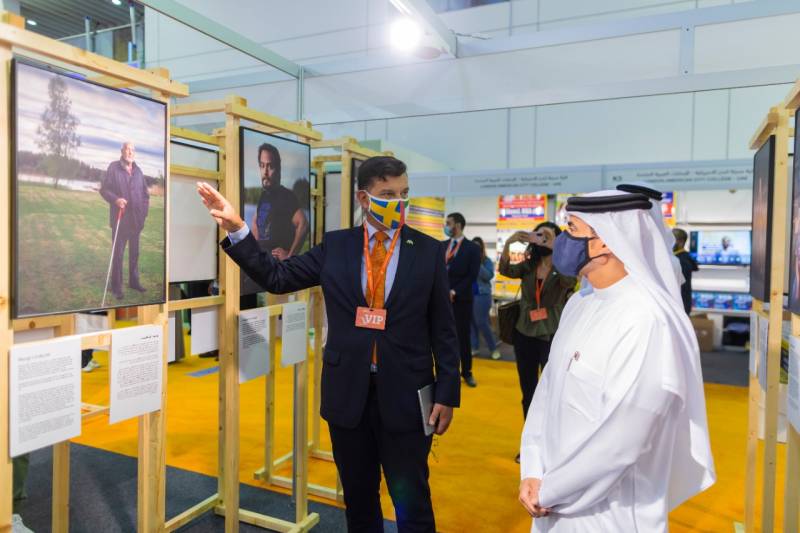 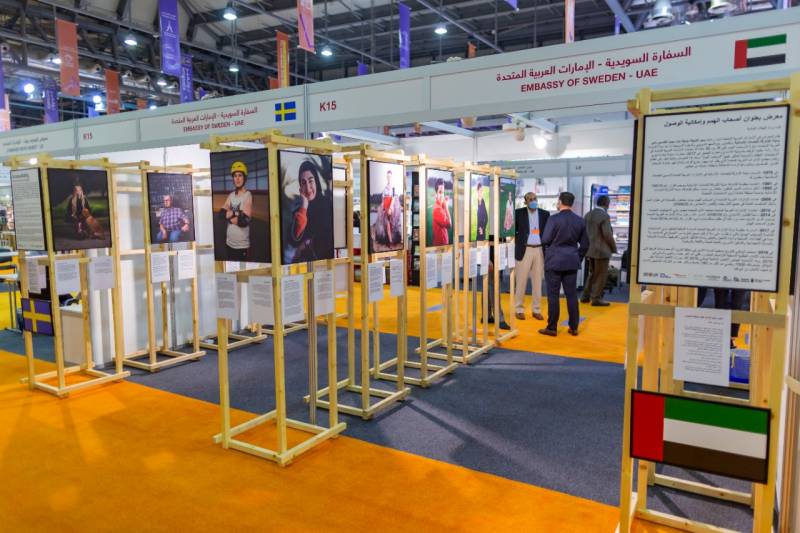 SHARJAH – HE Ahmed bin Rakkad Al Ameri, Chairman of Sharjah Book Authority (SBA) and HE Henrik Landerholm, Swedish Ambassador to the UAE, have embraced the prospect of exploring stronger cultural cooperation and exchange, as they met in Expo Centre Sharjahon the inaugural dayof the 39th Sharjah International Book Fair (SIBF).

The twoofficials spoke about the importance of furthering cross-cultural dialogue to strengthen the relationship between their governments and their people, agreeing that soft influence of nations, embodied in their cultural and humanitarian exchanges, create an everlasting understanding between civilisations.

The Swedish Ambassador inaugurated a photo exhibition titled AccessAbility – beyond physical environments; a portraiture series, which originally told the stories of 14 specially-abled individuals who were photographed in Sweden, and was eventually doubled when portraits of 14 Emiratis and UAE specially-abled residents were added to the exhibition last year in cooperation with the Special Olympics Team in Abu Dhabi.

The objective of the exhibition is to create dialogue and conversation about specially-abled people and their rights across the globe, and share their stories – hopes, dreams, challenges, jobs, families – with the larger community, in a bid to enable greater understanding and better integration in society. The original exhibition travelled to 20 countries before it came to the UAE and became a collaborative

The exhibition will be in SIBF 2020 until the conclusion of the fair. It is in the Sweden Pavilion no. K15, in Hall 6, Expo Centre Sharjah.

Those interested in seeing the exhibition can pre-book fixed visitation slot on registration.sibf.com.