Vikram Seth at SIBF 2019: ‘I write for the love of writing. Success and awards are secondary’

The bestselling author and poet tells school students from across the UAE about his work ethicsand why he loves Candy Crush, at Sharjah International Book Fair 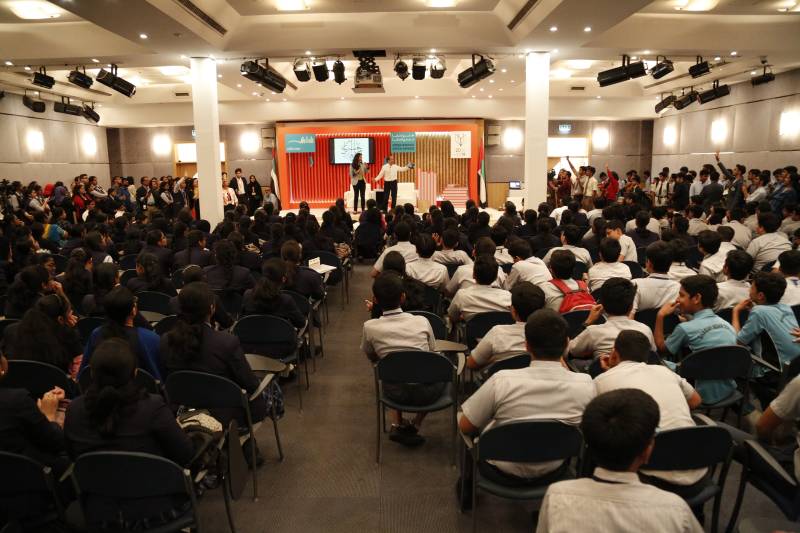 SHARJAH - Almost an hour before the celebrated Indian poet and author Vikram Seth arrives at the auditorium at the Sharjah International Book Fair 2019 where he is to speak to school students, the hall is full.

Only standing space is available and there are still two more busloads of children to be accommodated. By the time he arrives – to a superstar welcome – there is not even maneuvering space left. The buzz in the hall is stronger than a beehive that’s been stirred with a stick, and the writer senses the mood as he walks in. He immediately takes charge of the situation like a pro.

“Guys, I know you have been brought here by our schools, but let us make the best of it, so tone down the buzz,” he begins. The children quieten down immediately. 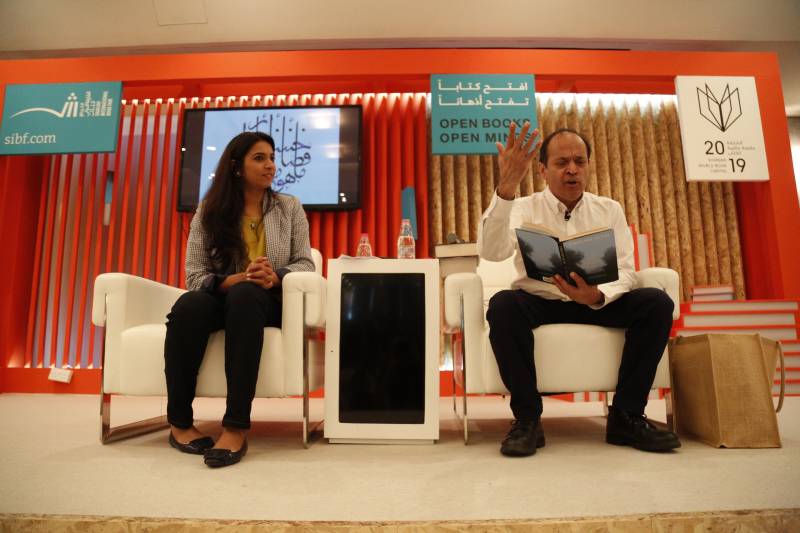 Keeping the young audience in mind, the moderator asks Seth, author of 15 books which include poetry, fiction, non-fiction, and anthologies, in his opinion of social media. Seth, who apparently has only 2,641 followers on Twitter, says: “I have not been on Twitter since 2011 when a friend perforce created an account for me. Likewise, on Facebook. And when my WhatsApp account got hacked, that was the end of that! I am not sitting in judgment, but for me, social media is a total waste of time.”

He explains: “I am very lazy by nature and get easily distracted. So, I play Candy Crush instead. I am prouder of the fact that I got to level 15 without buying anything than anything else I have done. In fact, if Candy Crush had not happened, I would have completed my next book by now!”

After that statement, Seth owns the auditorium. The children want to know if his success at the beginning of his career proved to be a burden for him. “Do you mean to ask if there was pressure on me as a writer? No, not at all. When I write, I write. I don’t think of how people would perceive it, or critics would critique it,” he says. “What is the worst that can happen? It might fail. So be it. What matters is whether you are true to yourself and your writing.”

He proceeds to give a piece of advice to the students. “Don’t be afraid to try something for fear of failure. Give it your best shot. One way or the other, you will learn something valuable.” 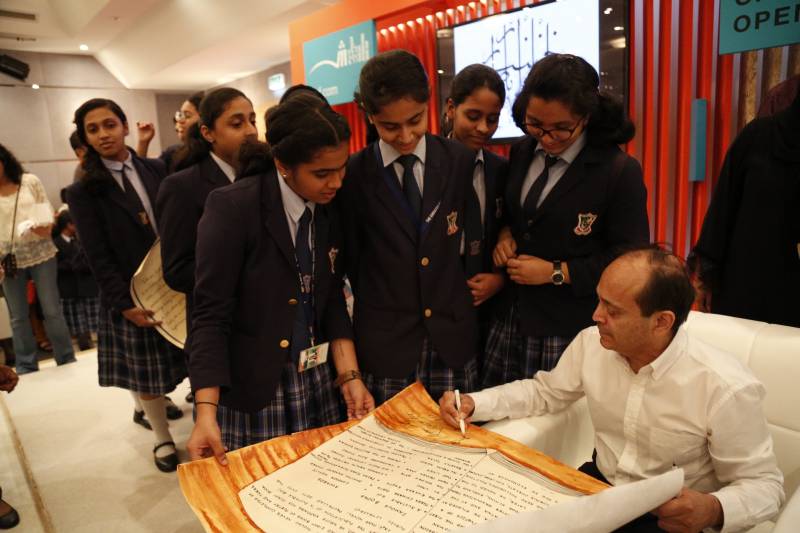 He proceeds to narrate one of his poems in verse, The Crocodile and the Monkey, from his 1991 book, Beastly Tales.

Seth is asked if a book the size of his tome A Suitable Boy, work today? “I didn't think it would work then. I thought people had this tiny 15-minute attention span. I was proved wrong. It certainly didn't stop me from writing it. I wouldn't have stopped writing it if I wanted to. I was fortunate that people at least bought it and read it. And now that I am writing A Suitable Girl, which should be at least as large. We will see if it still works.”

The children ask him about his hobbies. “Apart from reading and writing? Staring at the ceiling!” he jokes. More seriously, he says calligraphy has always fascinated him and he decided to learn it from a Chinese calligrapher who taught him to write in Chinese. He proceeds to displays some of his words on a projector and reads out the words in Chinese.

Seth proves he is as much of a showman as an author with the recitation of his poem Fire. He has the entire auditorium stamping their feet and chanting along with him in cadence and give him a standing ovation at the end.

He concludes with a piece of advice to budding authors among the children: “Write about what you know, and you can’t go wrong.”

SIBF is one of the three most significant book fairs in the world. The 11-day literary and cultural extravaganza organised by Sharjah Book Authority (SBA) is being held at the Sharjah Expo Centre, from October 30 to November 9, under the theme ‘Open Books… Open Minds’.