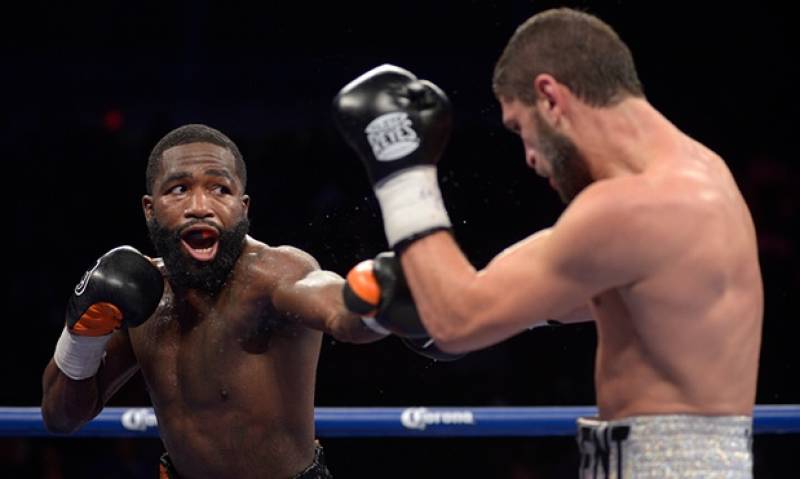 Saturday in front of his home crowd in Cincinnati to capture the WBA super lightweight title.

The 26-year-old American Broner, who improved to 31-2 with 23 knockouts, picked up his fourth world title in four different weight classes.

Broner was pounding the Russian at will with combination punches in the 12th when referee Harvey Dock stepped in to stop the punishment.

With Allakhverdiev (19-2, nine KOs) unable to fight back Dock stopped it at 2:23 of the round, awarding the technical knock out to Broner.