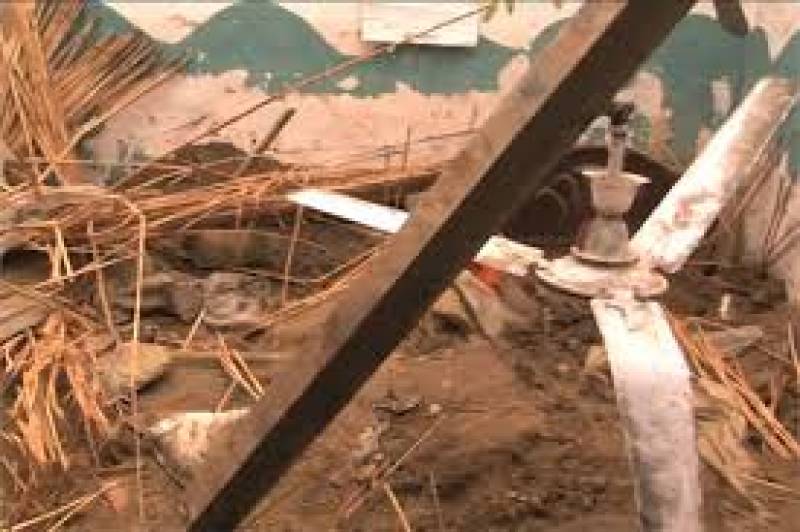 HAFIZABAD - At least three children lost their lives after roof of a dilapidated house caved in due the heavy monsoon rain in Hafizabad.

According to media details, seven persons of the same family, including minor children, got buried under the debris.

Rescue teams reached the spot and retrieved three dead bodies of children from the rubble.

The deceased and injured were shifted to a nearby hospital.