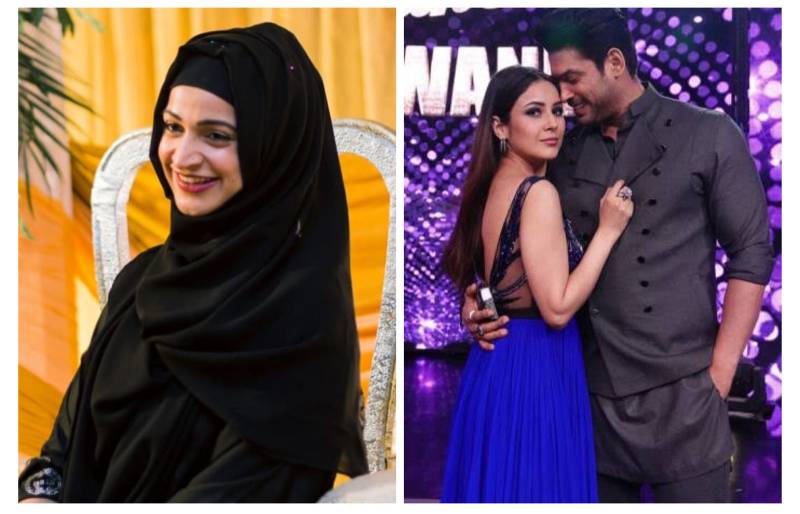 The news of the untimely demise of popular Indian actor Sidharth Shukla has left everyone in Bollywood and several in Pakistan in a state of shock and sadness.

The 40-year-actor suffered a massive heart attack and died in his sleep. He was brought dead to Mumbai's Cooper Hospital.

Pakistani stars and fans also took to social media to share their condolences. Among them was Noor Bukhari who shared her condolences and recalled the tragic love story of the late actor and Shehnaaz Gill.

As the internet grieves Shukla's death, SidNaaz fans are devastated as the blooming love had an abrupt end and Noor is one of the fans.

Bukhari expressed her grief and sadness over the tragedy which was met with intense criticism and the public started giving their two cents on the matter. 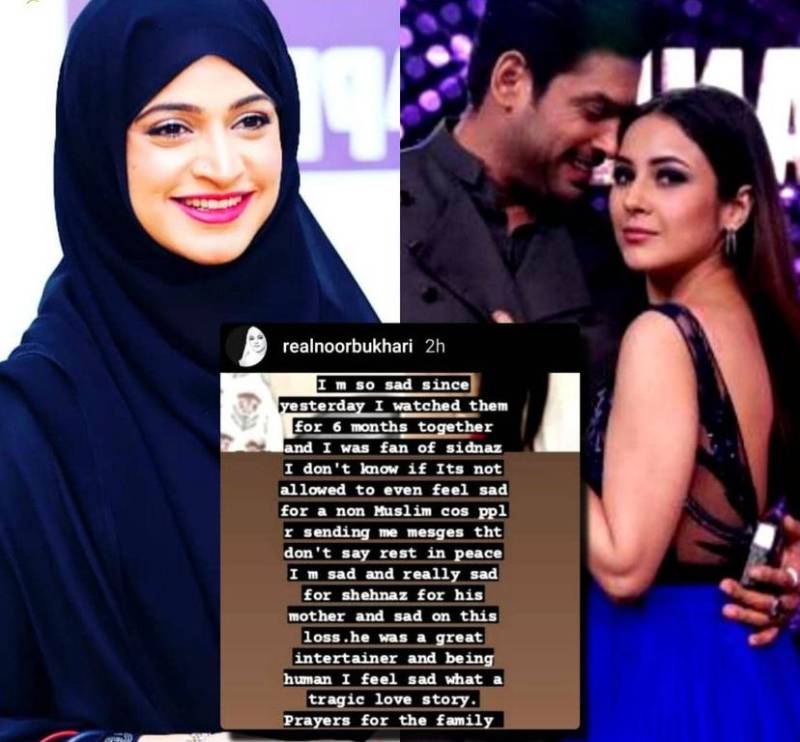 Keyboard warriors flocked to the comment section and complained that despite the death of pro-freedom Kashmiri leader Syed Ali Geelani, netizens continues to grieve Shukla’s death. Moreover, many trolls said that the former actress is a hypocrite. Here are the demeaning remarks. 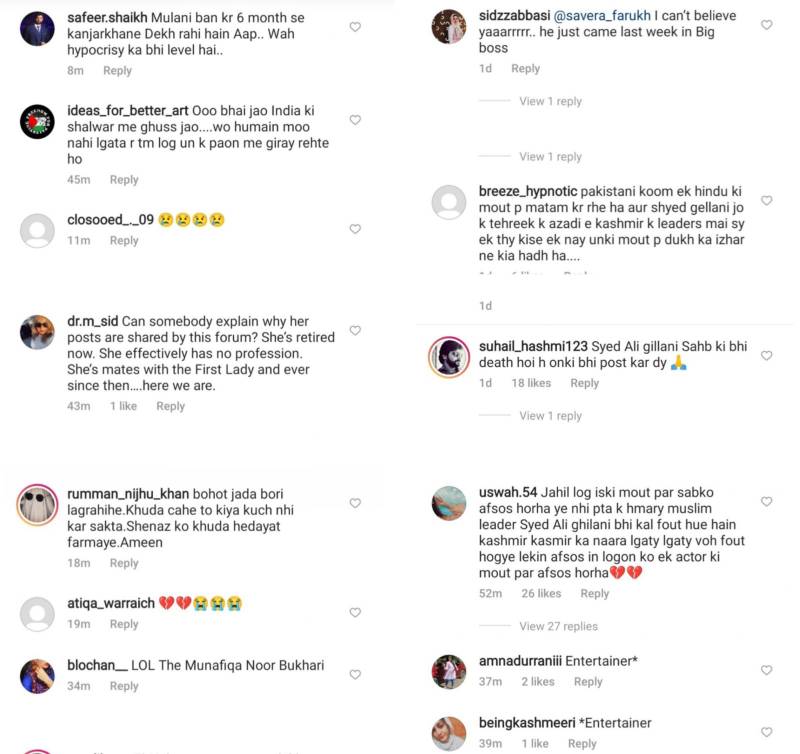 Sidharth Shukla was best known for his role in the long-running TV show Balika Vadhu and Bigg Boss.

The tragic news of popular television and film actor Sidharth Shukla’s sudden demise has left everyone ...