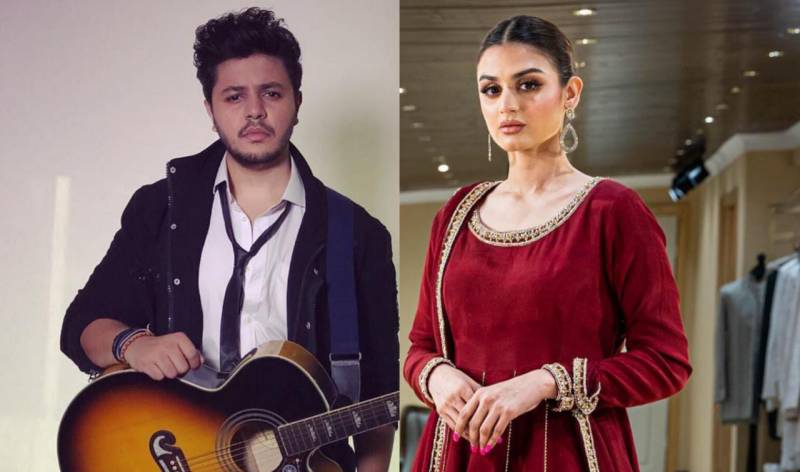 Lollywood diva Hira Mani is the epitome of beauty with brains.

She made a huge career in modeling and acting and is now garnering attention for her soulful voice.

Landing project after project, the Mere Paas Tum Ho actress is now gearing up for her latest single with up-and-coming singer Raafay Israr.

The former is a talented lad who paved a way for himself to become a well-known singer and songwriter.

The duo's latest project is titled Taare which is already receiving congratulatory comments and well wishes for its success. The duo's fans are ecstatic to listen to the obviously melodious and attention-grabbing song.

Both Israr and Mani have taken the news to be shared on their respective social media handles.

As of now, the release date hasn't been announced. The poster of the song features a still of Mani and Israr.

For the unversed, Israr is a talented Pakistani singer, songwriter, and composer who appeared on BBC Asian Network Live Sessions. Hira Mani needs no introduction as she is one of Lollywood's A-list actresses with millions of fans all around the world.

Lollywood diva Hira Mani's stardom skyrocketed within a very short span of time due to her impeccable acting skills and ...