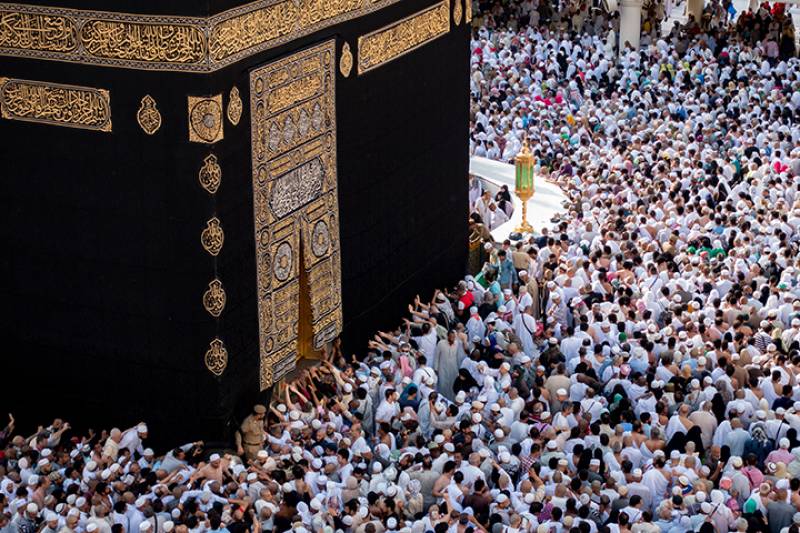 JEDDAH – A total of 1.604 million pilgrims have arrived in Saudi Arabia for the Hajj season, according to the official statistics issued by Saudi General Directorate of Passports, showing an increase of eight percent or 117,000 pilgrims compared to the same period in 2018.

In Makkah and other holy sites, the Saline Water Conversion Corporation, SWCC, aims to achieve a new record in 2019, by supplying one million cubic metres of potable water per day during the Hajj season, an increase of 10 percent compared to 2018.

In Mina, an area of eight-square kilometres, or 57.6 percent of the local area, has been allocated to some 45,000 tents, to provide accommodation for 1.5 million pilgrims. The area can host 118,000 people per hour and accommodate 70,000 worshipers.

Some 141,800 pilgrims who arrived on 355 flights also benefited from the Makkah Route initiative - a service launched by the Kingdom that includes issuing visas, ensuring compliance with health requirements, and codifying and sorting luggage at airports in the pilgrims' own countries.