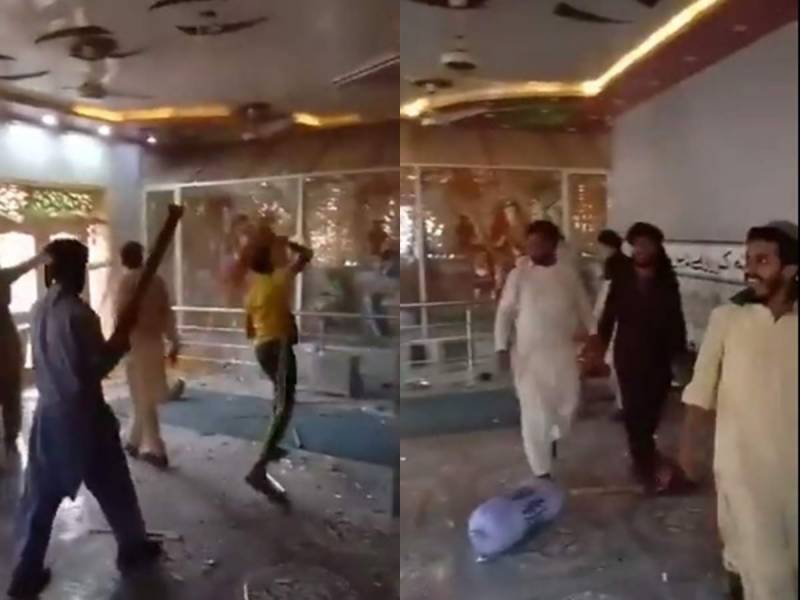 A mob on Wednesday vandalized a Hindu temple in Bhong town in Rahim Yar Khan after a nine-year-old Hindu boy, who allegedly urinated in a seminary, was granted bail by a local court.

A statement issued by Pakistan’s top court said that Dr. Ramesh Kumar, MNA and Patron in Chief Pakistan Hindu Council called on the chief justice and discussed the issue of attack on Hindu Temple.

Taking cognizance of the issue, the top judge of the country has fixed the matter before Court on Friday at Islamabad with the directions to Chief Secretary Punjab and IGP Punjab to appear along with report and has also summoned Dr. Ramesh Kumar, MNA and Patron in Chief Pakistan Hindu Council.

Following his meeting, MNA Dr Ramesh Kumar Vankwani said that the chief justice has take suo motu of the attack.

Terming it a “sad & unfortunate” incident, he said that the PM office has directed district administration to probe the case and take strict action against the culprits.

“Pakistani constitution provides freedom & protection to minorities to perform their worship freely,” he said in a tweet.