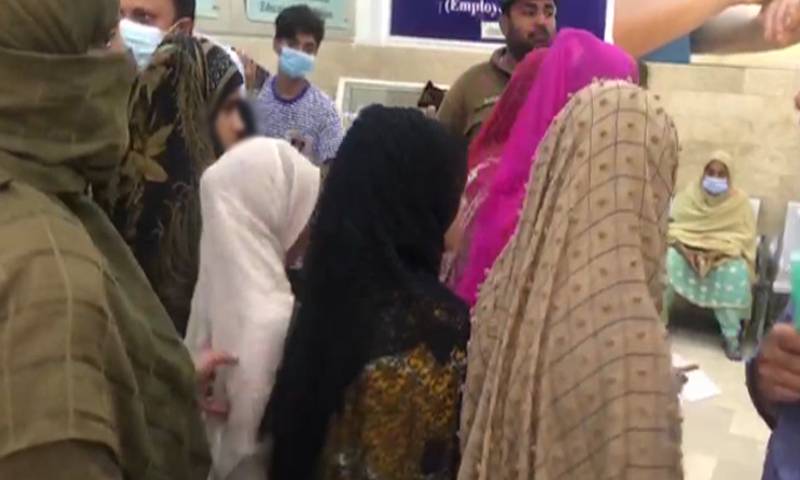 LAHORE – Police on Thursday seized four girls who were kidnapped from Lahore’s Hanjarwal area a few days ago and taken to Sahiwal.

In their statements to the police, the girls made shocking revelations about a racket, which forces women into prostitution.

Narrating their ordeal, the girls said they left their home and took a rickshaw to Johar Town. Rickshaw driver Qasim started questioning them as to why they were going to Johar Town.

“We told him two of us work as domestic help at a house in Johar Town,” a girl said, adding that Qasim offered them a drink at Pindi Stop and they fell unconscious shortly after that.

The girls – who have been identified as Kinza, Ayesha, Samreen and Anam – said the rickshaw driver took them to his friend’s house in Green Town and the next day they were transported to Sahiwal, where Qasim belongs to.

Kinza said she also met a girl named Guriya at Qasim’s house in Sahiwal. “Guriya told me she was paid Rs10,000 for sex,” she said.

Kinza disclosed that Qasim took Ayesha, Samreen and Anam to the home of his friend, Asif, in Sahiwal.

The girls further revealed that the rickshaw driver’s wife Zeenat sent the girls to Dubai for sex.

Earlier in the day, a local court in Lahore sent seven suspects in the case on four-day physical remand into police custody.

Hanjarwal police produced the four girls and the seven suspects in the district court.

On the other hand, suspects have made shocking revelations to the police during interrogation.

Qasim told police that he had sold Kinza to his friend Shehzad for Rs100,000.