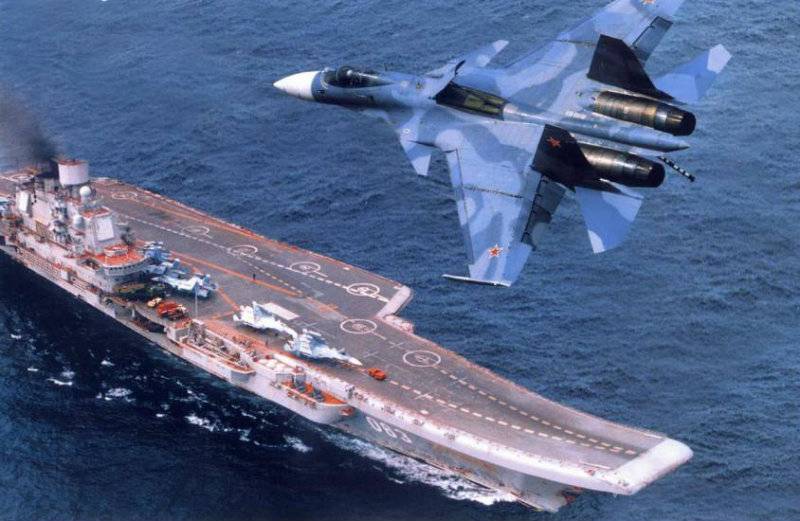 MOSCOW - A Russian jet crashed into the Mediterranean as it attempted to land on aircraft carrier Admiral Kuznetsov on Monday.

The Su-33 fighter jet was attempting to land on the gigantic ship when it lost control and skidded off the side. The pilot successfully ejected from the plane and was picked up by a rescue helicopter unharmed, military sources told The Aviationist.

This is the second incident within a month in which Russia 's navy has lost a plane based on the Admiral Kuznetsov . On Nov. 13, a Russian MiG-29 fighter jet crashed into the Mediterranean when trying to land on the aircraft carrier after flying a mission. The crash was due to the failure of both engines.

"After performing a combat mission over Syria a Sukhoi-33 fighter-jet overran the runway while trying to land on the Admiral Kuznetsov aircraft carrier . The rupture of the arresting cable was the reason," the Russian Defence Ministry said while confirming the incident.

The ministry also reported that the Russian aircraft carrier-led group is continuing to operate in the Mediterranean in accordance with its plan, and all jets are continuing to carry out their missions.