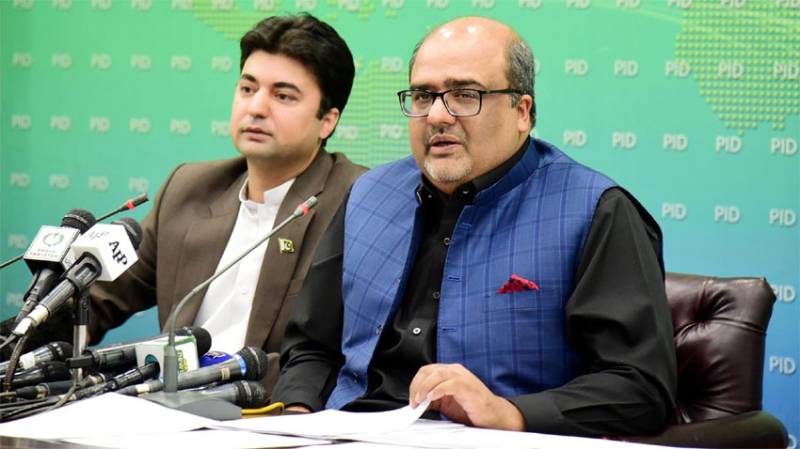 ISLAMABAD - Special Assistant on Accountability Shahzad Akbar on Thursday made more revelations about the alleged corruption of PML-N President Shebaz Sharif after the latter fired salvos against the government in fiery presser yesterday.

has said the PML (N) President Shahbaz Sharif has failed to respond to any allegations of corruption against him and his family members.

Flanked by Minister for Communications Murad Saeed at a press conference, he claimed that the assets of Shahbaz Sharif and his family members increased manifold during the ten year tenure of PML (N) government in Punjab. This has been revealed in the NAB investigations started in 2018.

Shahzad Akbar said the investigations further disclosed the stories of over two hundred fake and fictitious telegraphic transfers (TTs). This amount was used by Shahbaz Sharif to build an empire of thirty two to thirty five companies.  He said the names of innocent people were also used in the TTs, Radio Pakistan reported.

Shahzad Akbar said revealations are emerging regarding their corruption on daily basis.

The Special Assistant on Accountability said Pakistan has secured repatriation of one hundred and ninety million pounds from Britain after a settlement with a Pakistani business tycoon. It is the first time that the repatriation of such an amount took place which is civil in nature and no element of guilt is involved in it. He thanked the British government for extending cooperation on the matter.

On Wednesday, Shehbaz Sharif during a press conference in London alleged Prime Minister Imran Khan of making the opponent of political victimisation through fake cases.

He claimed that Imran Khan and NAB nexus frozen his assets.