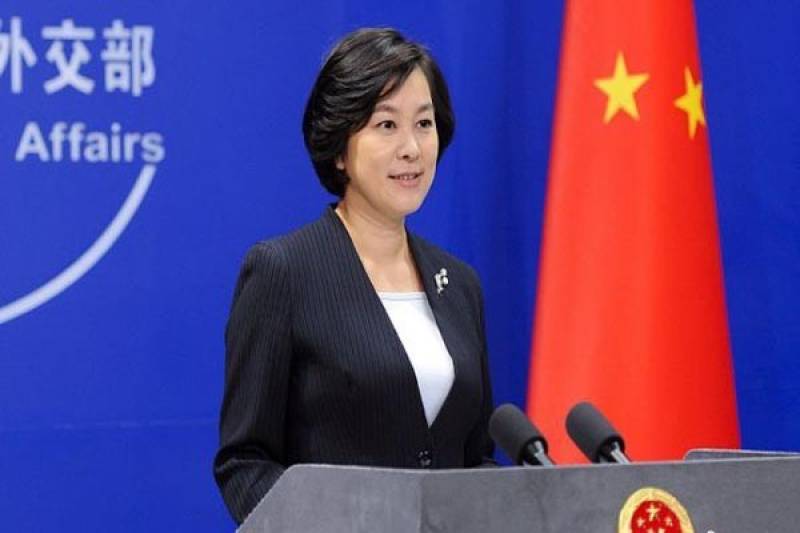 BEIJING - As many as 21 countries, including Pakistan, had donated prevention and control supplies to China to help in its fight against novel coronavirus epidemic, Chinese Foreign Ministry Spokesperson Hua Chunying said on Wednesday.

She said some other governments had also expressed willingness to donate supplies. “In addition, friends in many countries have also offered us support in various means.”

Pakistan had so far allocated 300,000 medical masks, 800 hazmat suits and 6,800 pairs of gloves from the stocks of public hospitals around the nation and transported to China.

The spokesperson said the donations spoke volumes of compassion of the friendly countries. “A friend in need is a friend indeed. I’d like to thank them all.”

Responding to a question about China’s ongoing battle against the virus, she said since the onset of the outbreak, the Chinese government, putting people’s health as the top priority, had taken the most comprehensive and strict prevention and control measures, many of which far exceeded IHR requirements.

“It has been lauded by WHO Director-General Dr Tedros as setting a new standard for outbreak response,” she added.

Hua Chunying said the vast majority of countries have expressed appreciation and support for China’s prevention and control measures.

“We understand and respect their appropriate response such as border screening and quarantine measures on Chinese travelers.”

She pointed out that at the same time, some countries had overreacted with excessive measures, which clearly ran counter to the WHO (World Health Organization) recommendations.

“We hope that all countries can assess the epidemic situation in an objective, fair, calm and rational manner, respect authoritative and professional WHO recommendations, understand and support China’s epidemic control efforts. The measures they take should be in line with WHO recommendations and not exceed reasonable levels to avoid affecting normal personnel exchanges and practical cooperation,” she added.

Sharing the latest update on the epidemic, she said that that there were 65 death cases and 262 cured and discharged for yesterday.

“As of the end of February 4, the total death toll is 490 and altogether 892 have been cured. The number of new suspected cases dropped for the second day in a row. We hope to see the inflection point at an early date,” she added.

She said China would continue to share information and strengthen cooperation with other countries in an open, transparent and responsible manner to safeguard the health of Chinese people, and contribute to global and regional public health security.