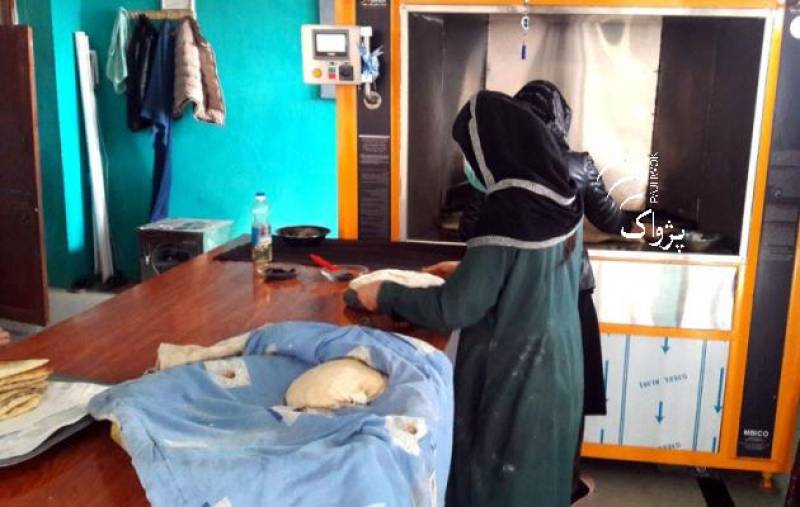 KUNDUZ – Breaking social taboos, a group of five women took an innovative step by starting up a bakery in the volatile northern city of Kunduz, Tolo news reported.

It is believed that it would be the first bakery, which is owned and run by female solely. Kunduz city has twice been attacked by the Taliban since September 2015 – which has had a negative impact on businesses ever since.

The female workers are capable of producing 3,000 breads every hour, in addition to baking cakes, samosas, bolani and other delicious Afghani foods.

The bakery has been built with financial assistance from GIZZ with help from a social and development organisation Rah-e-Naween and local businesswomen.

“I hope that the bakery attracts more customers in order to help Kunduz women. All the equipment for the bakery was brought in from Iran. We are happy that brave women are working here,” said Anisa Omid, the head of the bakery.

“We are very happy that women are active here. The programs are aimed at helping women become self-sufficient and also to decrease violence against them,” said Farzana Sadat, an official from Kunduz Women’s Affairs Department.