CHICAGO - A harrowing incident on Tuesday jolted Chicago when a video showing a young man allegedly being held hostage, beaten and tortured was streamed live on Facebook.

The video showed four 'black' teenagers around the age of 18 beating and thrashing a white man with special needs who was held hostage on the 3400 block of West Lexington on Chicago's West Side.

What worsened the situation was the fact that the 30-minute-long video of torture was streamed live on facebook through the account of Brittany Herring who was among the four. 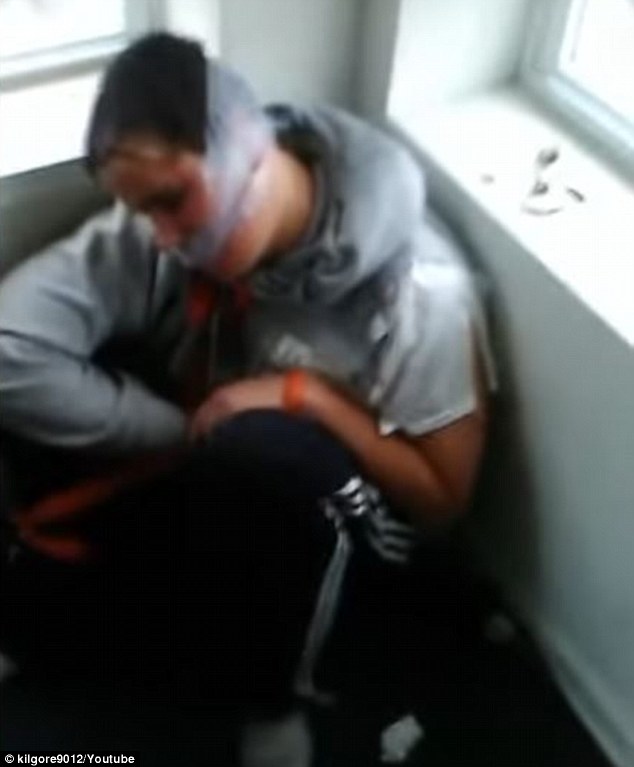 However, the gang was arrested as soon as the video went viral on the internet. Chicago police confirmed that the victim was treated and released from hospital into the care of his parents.

Regarding the disturbing video that surfaced on social media of a battery: Incident is under investigation/suspects are being questioned pic.twitter.com/GGi3qs9rGv

"While on patrol Officers observed a disoriented male walking 3400 W. Lexington on January 3, 2017 who was then transported to an area hospital for treatment. At 5:26 p.m. officers then responded to a battery at a residence on the 3300 block of W. Lexington where they discovered signs of a struggle and damage to the property and (were) able to link this evidence to the disoriented male. Officers later became aware of a social media video depicting a batter of an adult male which is believed to be the same individual. At this point CPD believes the video is credible and detectives are questioning persons of interest in the case. The victim, whom CPD believes is from a neighboring suburb, was transported to an area hospital in stable condition. The investigation is ongoing," police said in a statement.

The sickening video showed a white man being kicked and punched before he had his hair cut until his scalp bled. Moreover, his arms were tied and his mouth was taped. His clothes were also torn apart while the hooligans flicked cigarette ash over the wound on his head.

The attack is being termed as another racist attack but this time it targeted a white man instead of 'blacks' as someone can be heard in the footage yelling 'f*** Donald Trump. F*** white people' in the video.

Police have launched investigations into the horrendous assault.