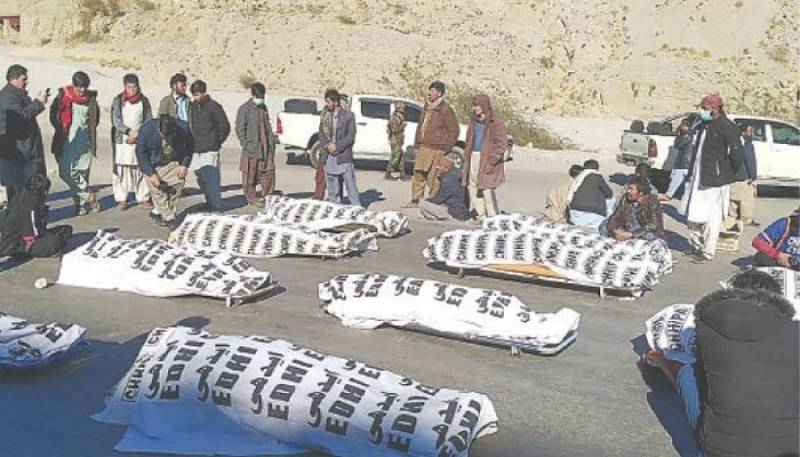 QUETTA – Thousands of people protesting the brutal killing of 11 coal miners in Balochistan's Machh area have refused to end their sit-in till Prime Minister Imran Khan visits Quetta and takes up the matter.

All the deceased belonged to Shia Hazara community. The families along with more than 2,000 protesters have blocked Quetta-Sibi highway with dead bodies placing on the roads since Sunday.

The Islamic State, a terror outfit, has claimed responsibility for the attack.

Balochistan Shia Conference chief Agha Daud said that the protest will not be called off until the killers are arrested.

He also called for decisive action against such elements to curb the latest wave of killing in Balochistan.

On Monday, Interior Minister Sheikh Rasheed Ahmed reached Quetta to settle the issue. He informed them that the government was ready to accept all the demands except disbanding the Balochistan government.

On Sunday, eleven coal miners were gunned down while three others were reportedly injured after armed men opened fire near Machh coalfield.

According to the Levies force, coal miners were kidnapped and then taken to a deserted location where the attackers executed them. The bodies and injured people have been moved to Mach’s district.