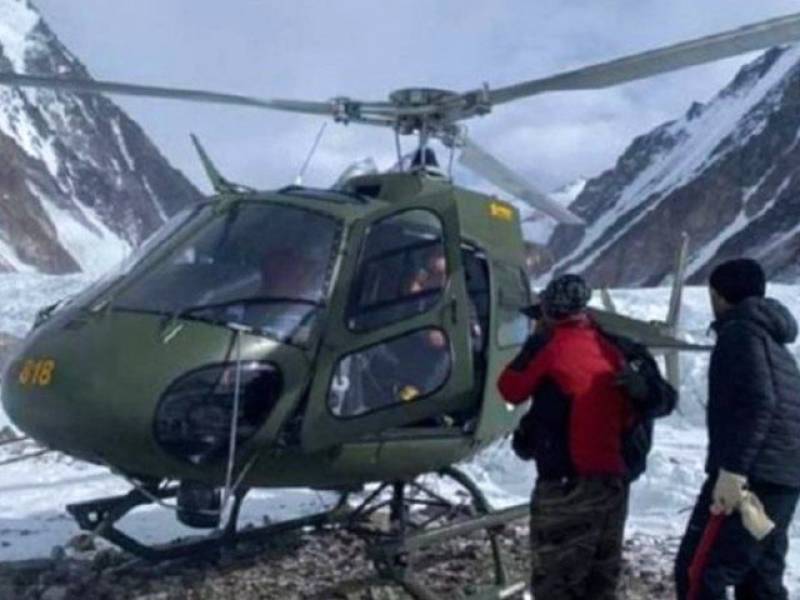 ISLAMABAD - Pakistan Army has airlifted an unwell Polish mountaineer from K2 base camp to Skardu, suddenly putting an end to his expedition due to a disease.

Waldemar Kowalewski complained about hernia that developed during a load-carrying trip to advanced K2 base camp. He was a part of the biggest international SST K2 winter expedition.

An Army Aviation helicopter evacuated the afflicted Polish climber from the world’s second-tallest mountain to Skardu, where he is being treated for hernia.

This is the second time that Kowalewski has attempted to ascent the ‘killer mountain’ in winter.

Sadly, both of his expeditions have ended early and abruptly due to injuries. In winter 2018-19, he was hit by a chunk of ice on his way to Camp-1.

He was part of a 49-member adventure team that began its winter expedition in late December last year in a bid to achieve something that no human has ever done before, surmount world's second highest peak during winter.

Group members belonging to eighteen countries are participating in the expedition.

Pakistan's northern area is considered as an ideal destination for adventure tourists who throng to the country to scale its high-altitude peaks.

Daredevils from all around the world visit the ‘Mountaineer’s Paradise’ (Gilgit-Baltistan) as five of the world's 8,000m-plus peaks are located there.