World's richest man steps down as Amazon CEO after 27 years 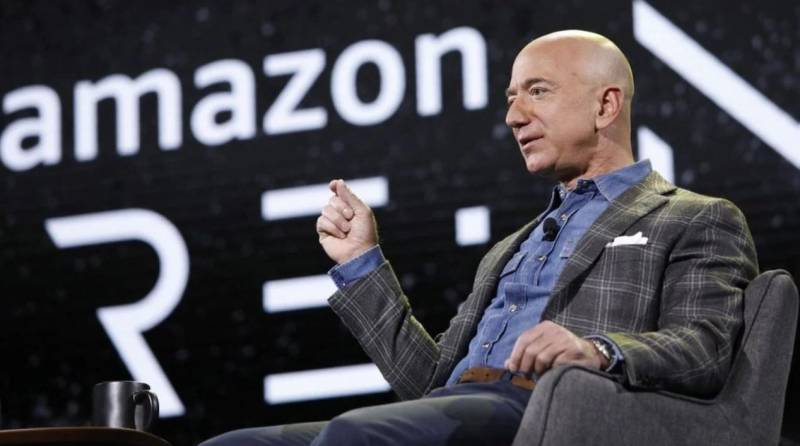 WASHINGTON – Jeff Bezos, the founder of online shopping giant Amazon, handed over the top post to Andy Jassy as he officially steps down as the company’s chief executive officer after 27 years.

The billionaire for a reason picked July 5 as the date to hand over his title. ‘We chose that date because it is sentimental to me as it’s the date that Amazon was incorporated in 1994, exactly 27 years ago, the 57-year-old said in a shareholder meeting.

Andy Jassy, who worked in Amazon from 1997 as a marketing manager, will take over the charge of Amazon's new boss from today. Jassy led Amazon Web Services (AWS) since it was founded in 2003 and in 2016 he was appointed the CEO of the Amazon Cloud arm in 2016.

Expressing his thoughts on Amazon’s new boss, Bezos said ‘Andy is well known inside the company and has been at Amazon almost as long as I have. He will be an outstanding leader, and he has my full confidence. Right now I see Amazon at its most inventive ever, making it an optimal time for this transition’.

Earlier in February, he had announced his decision to step down as CEO of Amazon. However, the eCommerce mastermind will still remain the executive chairman and the company’s biggest shareholder. Bezos earlier revealed that he will now expand his private space exploration firm, philanthropy besides other endeavors. The business tycoon, named the world’s richest man by Forbes earlier this year with assets worth some $189 billion, quit his post to free up time for his space-travel venture Blue Origin.

The success of the former CEO is mainly due in part to his business principles. One of the main ones being that he treats every day as if it was day one. Other principles include being customer obsessive, take ownership, invest and simplify, learn and be curious, hire and develop, think big, frugality, earn trust, dive deep, and many more, reports quoting experts said. These principles have become pillars of the company and have to slingshot him into the industry’s pioneer.

Initially built as an online bookstore back in the 90s, Amazon is now one of the most valuable publicly traded companies in the world, with a market capitalization of $1.7. It posted 2020 annual revenues of $386 billion from operations in e-commerce, cloud computing, groceries, artificial intelligence, streaming media, and more.

In meeting with US ambassador, PM Shehbaz resolves to deepen economic ...