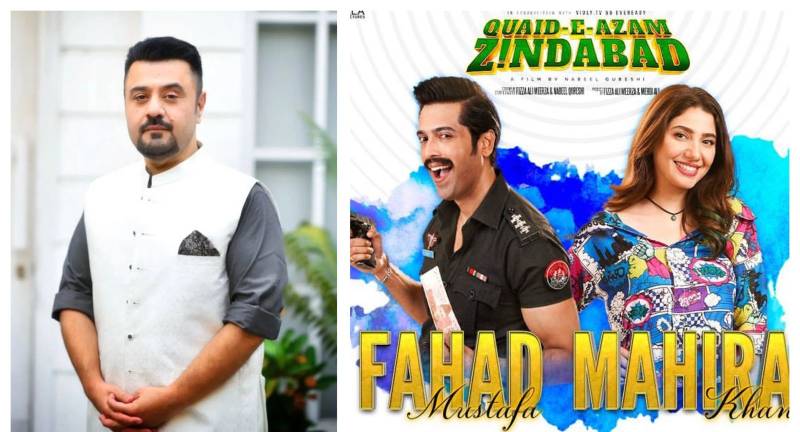 Pakistan's superstar Mahira Khan and heartthrob Fahad Mustafa are winning hearts because of their recent viral video with Mr Funny Bones Ahmad Ali Butt at the promotion of their upcoming film Quaid-e-Azam Zindabad.

The new on-screen couple in town is gearing up for their upcoming movie and needless to say, they are leaving no stones unturned to promote their upcoming film.

A hilarious BTS video of Mahira and Fahad alongside the Jhooti actor has surfaced alone. Shot by Butt, the video shows Ahmed Ali Butt claiming his fans and needless to say, the netizens are amused over his hilarious antics.

The upcoming film is an action-comedy that follows the story of a notorious cop, played by Fahad Mustafa.

ISLAMABAD – Mahira Khan is an elite female superstar of Pakistan with her unmatched stardom and blockbuster ...