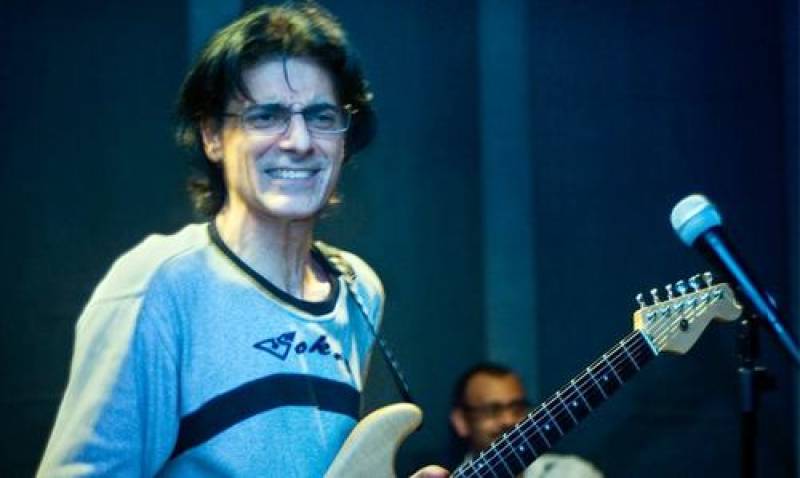 Legendary rock star and maestro, Aamir Zaki, aged 49, passed away on Friday due to a case of cardiac arrest, confirmed friends and family. He was one of the earliest guitar players to enter the industry, and, despite having limited releases, he relied on his sheer talent and skill to find his way in a Coke Studio feature and managed to blow our minds with a phenomenal single guitar solo.

His contributions to Vital Signs' and Alamgir's work are long-lived. Additionally, Mera Pyar Tum Hi Ho will always be the legacy he left behind for everyone to remember.

The real story behind the song Mera Pyar Tum Hi Ho is far more personal than the connection a listener can probably make to it.

"No one was involved in the making of this song apart from me. I had put together all words and music for the song. I wrote this song after my divorce when I was 24 years old," Zaki was quoted saying an interview.

"We had to come to a point in life where either one us would have broken the other person’s head. So the song was a way of saying everything that I couldn’t possibly utter at the point in time. Hence, Meri awaz suna laen na, meray geeton mae tum… woh alfaaz sunlain na, jo hojatay thae gum."

Zaki believed that the song had such an impact on people and on the music industry because of its simplicity and sincerity that spoke to the listener's attention.