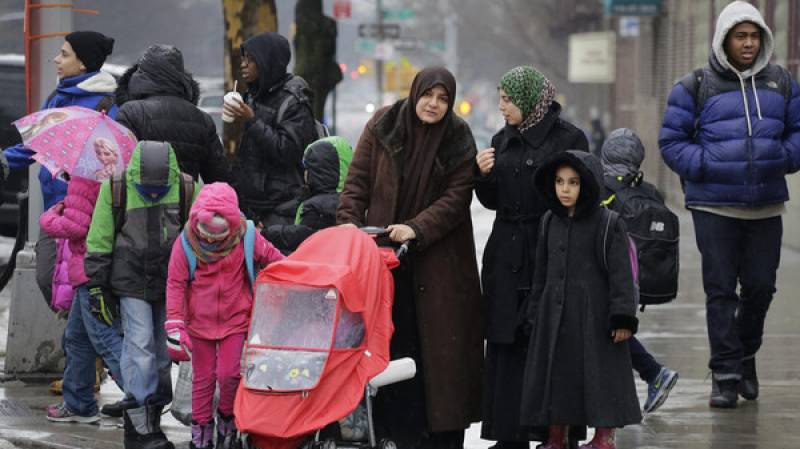 Two of the most sacred holidays in the Islamic calendar, Eid al-Fitr and Eid al-Adha, will be observed.

The festival of breaking the fast, Eid al-Fitr, which falls over the summer in 2016, will be designated a holiday for summer school students.

"We made a pledge to families that we would change our school calendar to reflect the strength and diversity of our city," he said in a statement.

"Hundreds of thousands of Muslim families will no longer have to choose between honoring the most sacred days on their calendar or attending school."

New York public schools already give students the day off for some Jewish and Christian holidays.

It is not the first city to close for Muslim holidays -- some districts in Vermont, Massachusetts and New Jersey already do.