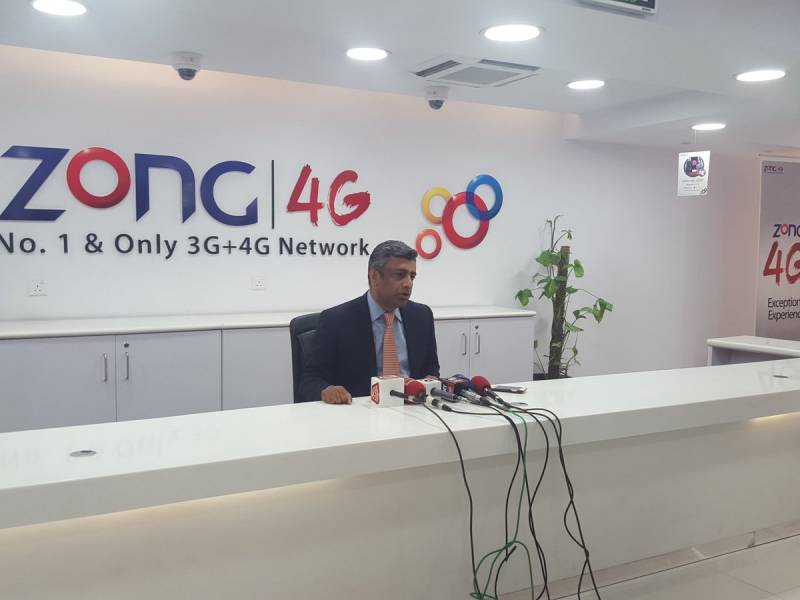 ISLAMABAD (APP) - The new investment plan of Zong would ensure 100 percent 3G and 60 percent 4G coverage, enabling the entire country to benefit from these high-speed technologies by end

The Chinese mobile phone operator has planned US$ 300-400 million investment in current year to expand scope of its 3G and 4G services across the country. The operator - China Mobile Pakistan has already invested over US $ 1 billion and more than 250 cities currently are receiving 3G and 4G services.

A senior official at Zong on Saturday said currently, more than 2,700 sites of Pakistan are powered with 4G services. As part of its Future Plan for 2016, these would be doubled in number, the official added.

Elaborating on Zong's perspective on different contemporary issues concerning the telecom sector, he said entire Pakistan would soon benefit from Zong's superior 3G and 4G services. The official said the company was working on this front and soon, there would be a good news, not later than this year.

"We are focused on delivery of 4G and we have made immense investment on this front. Our 4G internet SIM is the fastest in terms of speed and high-powered features," he said.

He said that owing to unprecedented demand of 4G services, the company's Mobile Broadband (MBB) devices have often been outnumbered by the ever-growing consumers strength. The official said Zong has the highest number of 4G subscribers and the rapidly growing demand for 4G services has, at times, resulted in shortage of our MBB devices.

"We are fully cognizant of the situation and are assuring their availability, accordingly," he added.

The official said Zong was official PSL partner with the sole aim to promote cricket. He said, "Pakistanis are a cricket loving nation and we at Zong are strived to do our best to bring this great sport back to this great country that is yearning for cricket for the last many years. Our aim is to revive dead cricket here."

Answering a question, the official said Punjab has set a great example by abolishing 19.5 per cent tax on mobile internet services and "We hope that other provinces will follow the course." He said this is essential in order to allow telecom industry to flourish further which would strengthen Pakistan economically.