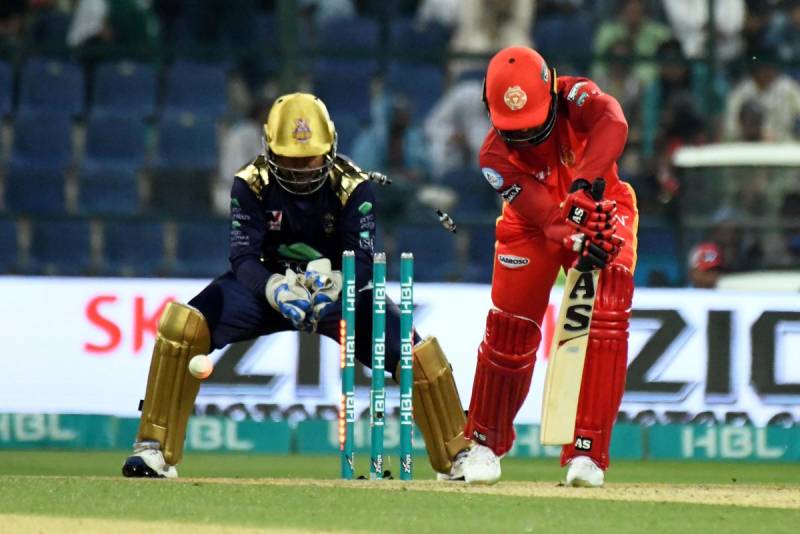 Gladiators set a target of 181 runs against United and defended it.

Quetta was put to bat after Islamabad United won the toss - a decision which apparently did not pay off considering the tally set by the team.

Opener @iamAhmadshahzad struck a solid half century and leg-spinner @bachaji23 took three crucial wickets to guide @TeamQuetta to a convincing 43-run win over Islamabad United in the last match of the UAE-leg of the #HBLPSL 2019.

While chasing a decent target of 181, Islamabad United  could score  137/9 in 20 overs as Quetta's bowlers brilliantly restricted them  to record a 43 runs victory.

Gladiators sealed their place in the top two with a crushing 43-run victory over United, leaving the scrap for the final two qualification places wide open.

It was a hard fought battle by our #Sherus but Gladiators won it in the end. We will bounce back in our next game. Time to head back to Pakistan 🇵🇰 now for our next match!#UnitedWeWin #QGvIU pic.twitter.com/9NReUwR3CF

Islamabad United's encounter against Quetta was the last match of the PSL4 at Abu Dhabi and also in the United Arab Emirates (UAE) as the remaining matches are shifted to Pakistan.

All the remaining matches, including the Qualifier/Eliminator and the Final, will be played in Karachi.

Quetta Gladiators are on the top of the table at the moment with 12 points and a net run rate of 0.199, while Islamabad United are placed third with eight points and an NRR of 0.12.

Both have so far played eight matches each. Quetta have won six and lost two while Islamabad have won four and lost as many matches.

Their previous clash was held at Dubai on Feb 17 when Quetta thrashed Islamabad by seven wickets.

The highest totals by the two teams are - 186/5 by Quetta Gladiators (vs Karachi Kings at Sharjah on Feb 24) and 177/5 by Islamabad United (vs Lahore Qalandars at Dubai on Feb 14).