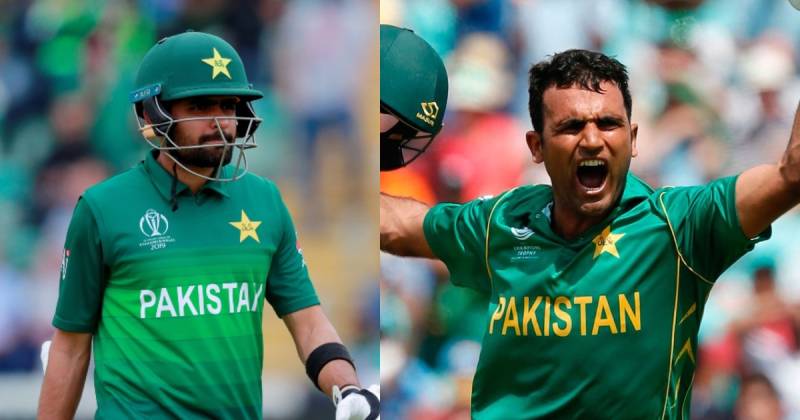 LAHORE – Pakistani captain Babar Azam and opener Fakhar Zaman among three players nominated for the ICC Player of the Month award for April.

The 26-year-old Azam remained the eye candy during a faceoff with Proteas as he scored heavily in the ODI and the T20I series. The magnificent captaincy from Azam led Pakistan to a 2-1 victory. He bags man of the match awards in both matches.

He played seven T20Is last month, four against South Africa and three against the Chevrons. Shaheens remained victorious in both series.

Opener Fakhar Zaman also shined in the cricket world as he scored two consecutive centuries in the ODI series against South Africa, including unbelievable innings of 193 in the run chase in the second ODI.

Former Navy personnel scored 302 runs at an average of 100.66 in the three-match ODI series. His brilliant display with the bat saw him win the player of the series award, helping him move to his career-best number seven spot in ICC ODI batsman rankings.

Fakhar scored 110 runs at an average of 22.00 in the six matches he played in the month of April.

Besides the two Pakistani star players, Kushal Bhurtel of Nepal is the third nominee for the award, having scored three consecutive half-centuries against Netherlands and Malaysia.