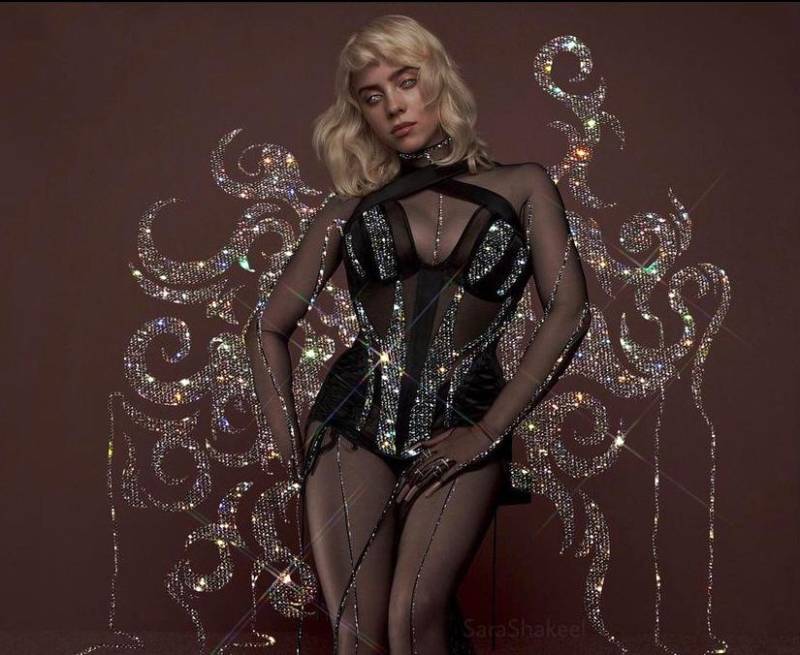 Wowing everyone with her artwork in collaboration with Lancome, the queen of visuals Sara Shakeel, who is a Pakistani 'crystal artist', adds another jewel to her crown as she has been featured in the holy grail of fashion magazines — Vogue — for her art.

Her recreation of Eilish's recent cover shoot where the queen of visuals made three pieces, layered on three of Eilish's pictures from the shoot. She shared her striking artwork on the gram and captioned,

"Her wisdom and talent is SOMETHING! At such a young age, to understand the complexities of the society we live in... the art of LIVING your own GOD DAMN life, and sharing the same for others through her music & ART is powerful!"

"Little did I know, my love and mad respect for Billie Eilish would land me an interview with one of my favourite magazines!" said an ecstatic Shakeel as she announced the publishing of her interview, declaring it an unexpected occurrence.

The magazine spoke to Shakeel in great depth, covering her work and her journey through the years. About her creative approach, they said it is "anything but elitist." They spoke of her sideline @glitterstretchmarks to justify their claim, where the artists celebrates stretch marks, in a bid to 'heal through art'.