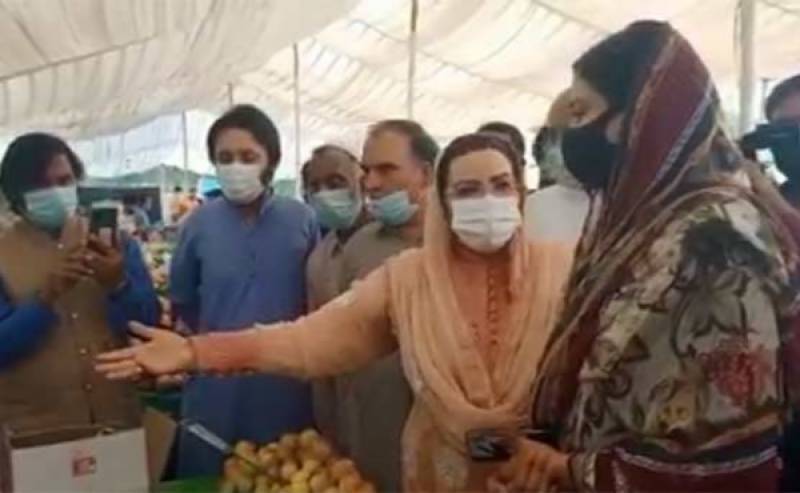 LAHORE – An inquiry report has held Sialkot Assistant Commissioner Sonia Sadaf responsible for an episode related to Special Assistant to Chief Minister Punjab on Information Firdous Ashiq Awan who had reprimanded the former during a visit to Ramadan bazaar, local media reported.

Reports said that the inquiry was conducted on the orders of Punjab CM Usman Buzdar. The probe found that assistant commissioner's attitude provoked the PTI leader to scold her.

She then asked Firdous to behave, but all her requests went in vain. Sonia said she would visit Ramazan bazaars daily and presence of rotten fruits in the temporary bazaar could be a mistake, but it did not mean Firdous should lose temper. As a last resort, the assistant commissioner left the scene in anger.

This is very unfortunate . AC (sailkot ) is my batch-mate and a very good friend . I am in a shock to see such rude and harsh behaviour . She is a very talented and hard working person . This shouldn’t have happened to her

However, Firdous was heard telling people at the scene that she would talk to Punjab Chief Minister Sardar Usman Buzdar about the issue. In response, Sonia said let the madam (Firdous) file a complaint against her.

The video showing Firdous shouting at the assistant commission went viral on the social media within no time.