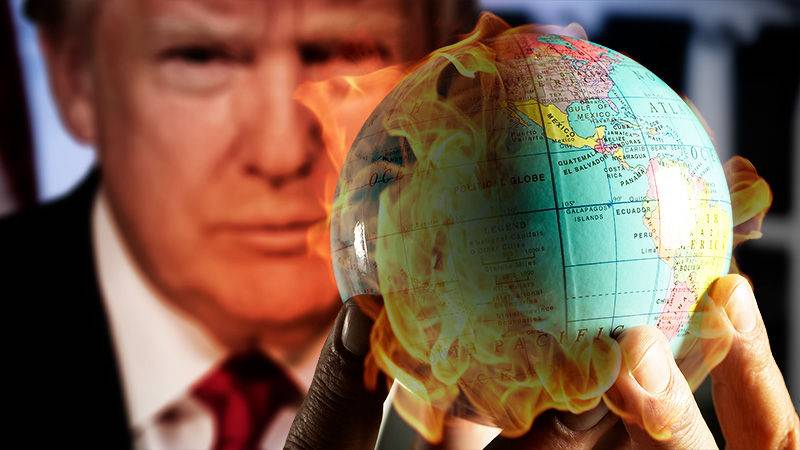 UNITED NATIONS – The United States has formally begun the process of withdrawal from the historic Paris Agreement on climate change, a move that will leave the world's second-largest emitter of greenhouse gases as the only nation to abandon the global effort to combat climate change.

President Donald Trump has long criticized the 2015 accord and insisted that the United States would exit it as soon as possible. As recently as last month, Trump called the agreement "a total disaster" and argued that the Obama administration's pledges to cut carbon emissions under the deal would have "hurt the competitiveness" of the United States.

The Spokesperson said the withdrawal of the United States "will take effect on 4 November 2020." President Donald Trump made withdrawal from the Agreement a campaign pledge, although the US signed it in April 2016, and expressed consent to be bound by the deal in September that year.

In a statement from Pompeo released on Monday he said that in June 2017, President Trump "made the decision to withdraw from the Paris Agreement because of the unfair economic burden imposed on American workers, businesses, and taxpayers by U.S. pledges made under the Agreement. " The US is the only one of the 193 signatories to the agreement - to keep CO2 emissions to well below 2 degrees Celsius above pre-industrial levels - to announce it is pulling out.

Environmental and public health activists quickly condemned the decision, even as it came as no surprise.

"Abandoning the Paris agreement is cruel to future generations, leaving the world less safe and productive," Andrew Steer, president of the World Resources Institute, said in a statement. "It also fails people in the United States, who will lose out on clean energy jobs, as other nations grab the competitive and technological advantages that the low-carbon future offers." The Paris climate agreement legally entered into force Nov. 4, 2016, after the United States and other countries formally joined the landmark deal. Under rules set out by the United Nations, no country could leave the accord for three years, after which there is a one-year waiting period for the withdrawal to fully take effect.

Monday marked the first day that the Trump administration could give that one-year notice, and it wasted no time. That means the United States can now officially leave the Paris agreement Nov. 4, 2020 � the day after next year's presidential election.