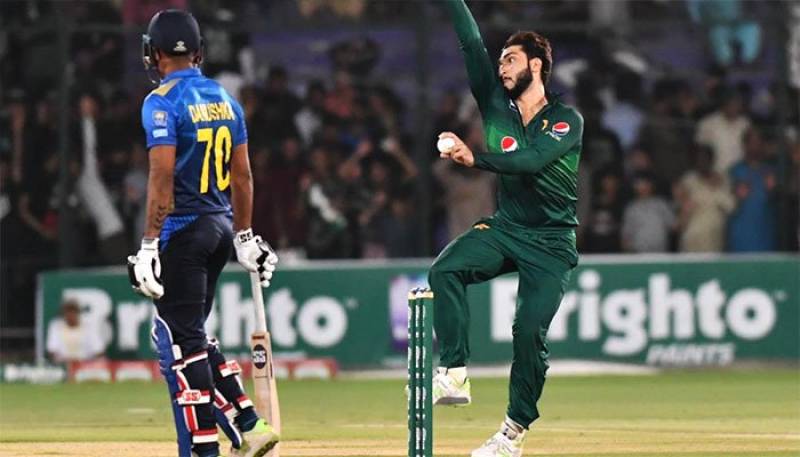 LAHORE - Sri Lanka brushed aside Pakistan by 64 runs in the opener of T20I series at the Gaddafi Stadium Lahore here on Saturday.

Pakistan won the toss and decided to field first in the encounter, a decision that did not pay off.

Sri Lankan opener Gunathilaka scored 57 runs to give a good start to the innings, supported by Fernando who scored 33 runs.

The visiting team lost 5 wickets in 20 overs to clinch 165 runs.

On the other hand, Mohammad Hasnain scored a hat-trick to become the youngest ever in the T20 format.

Pakistan's battling line-up crumbled in response as the whole team was sent packing in the 18th over.

The T20 series comes after Pakistan humbled the visiting team in ODI series. Green shirts humbled the Sri Lankan team in two encounters after the first one was washed out.

The citizens of Lahore thronged the stadium to catch a glimpse of the high-octane clash while the law enforcers have taken strict security measures.