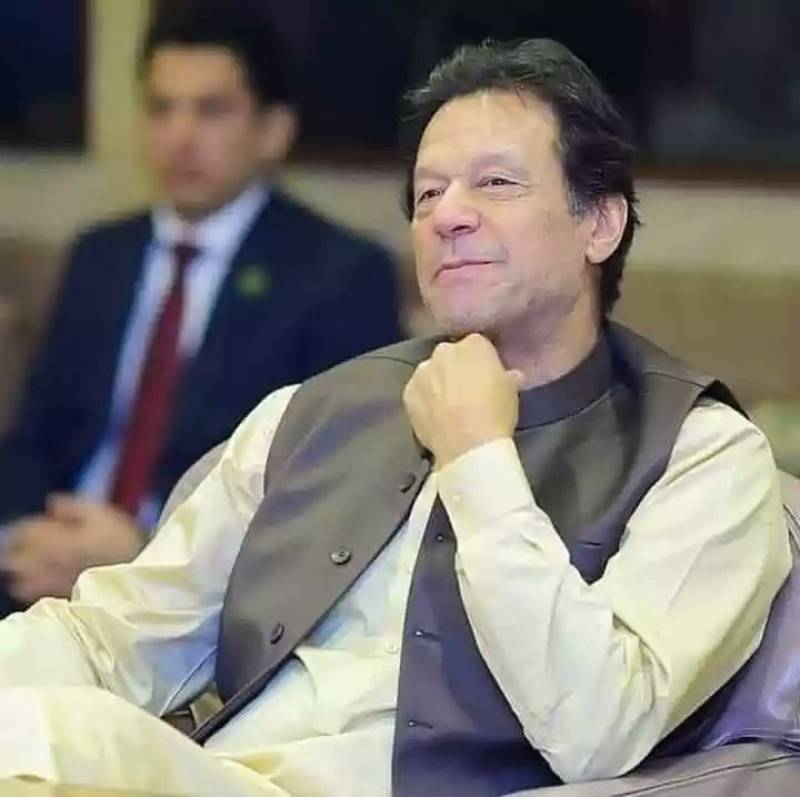 ISLAMABAD – Social media platforms were flooded with birthday wishes for Imran Khan as the Pakistani prime minister turned 68 on Monday.

The Chairman of Pakistan Tehreek-e-Insaf (PTI), who became the 22nd Prime Minister of Pakistan in 2018, was born on 5th of October 1952 to a well-off Pashtun family in Mianwali.

He received education from Aitchison College and the Cathedral School in Lahore and then got admission at the Royal Grammar School, Worcester, before completing his education with an undergraduate degree in Economics from Keble College, Oxford University.

On April 25, 1996, Imran Khan formed his own political party, the Pakistan Tehreek-e-Insaf.

Imran ran for the seat of National Assembly of Pakistan in Pakistani general election, 1997 as a candidate of PTI from two constituencies - NA-53, Mianwali and NA-94, Lahore - but was unsuccessful and lost both the seats to candidates of PML (N). In 2013, he formed a government in Khyber Pakhtunkhwa, and led his party in the opposition in Punjab and Sindh.

However, in 2018 Imran-led PTI won the maximum number of seats in the national and provincial assemblies with the Election Commission of Pakistan (ECP) announcing that it has won a total of 116 of the 270 seats contested.

Khan played international cricket for two decades in the late twentieth century. He was skipper of the Pakistani team which lifted Cricket World Cup in 1992.

Khan made his debut for Pakistan cricket team at the age of 18 during the 1971 English series at Birmingham.

Khan retired from cricket in 1992 as one of Pakistan’s most successful players. In total, he made 3,807 runs and took 362 wickets in Test cricket, and is one of eight world cricketers to have achieved an ‘All-rounder’s Triple’ in Test matches. He was later, in 2010, inducted into the ICC Cricket Hall of Fame.

After the successful cricketing career, Khan set up a cancer hospital in Lahore in memory of his late mother who had died of the same disease.

He is also a founder the Numl College, Mianwali.

The PTI chief was married twice but none of his marriages lasted. He married Jemima Goldsmith, a British national, in 1995 and ended his relationship with her in 2004.

He then married Reham Khan in 2015 but they parted ways within just 10 months.

Imran Khan then tied the knot with Bushra Maneka, of Pakpattan, where he used to visit her for spiritual guidance. The party said the Nikkah was solemnized by Mufti Saeed in Lahore.

Here are some of the happy birthday messages that have come in for the 1992 World Cup-winning hero:

Dear PM,
You have been winning at everything you decide to achieve. Thank you for picking Pakistan as your mission, we owe you for your struggle for us and our next generations. You are destined to take our country to new heights #HappyBirthdayPMImranKhan pic.twitter.com/AEGsN2BAf5

One of the game's great allrounders and an inspirational captain who signed off with a World Cup triumph 👏#OnThisDay A happy 68th birthday to the legendary Imran Khan, the finest cricketer 🇵🇰 has produced

Led Pakistan to the title in ICC @cricketworldcup 1992 🏆