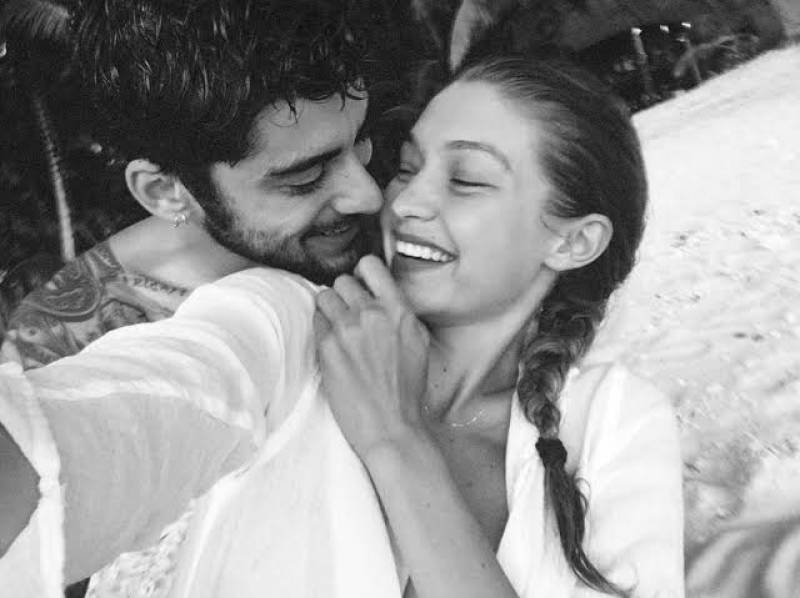 Baby on board! Gigi Hadid and Zayn Malik are soon to become parents.

According to TMZ and ET, who cite sources in their reports, Gigi Hadid is expecting her first child with boyfriend, Zayn Malik.

"Gigi has kept the secret close to her family and friends for a while, as she's only a few months along," a source told ET.

“Once Gigi and Zayn got back together at the end of last year, it was like they never skipped a beat and knew what they had was special. The couple and their families are overjoyed,” they added.

Hey, it’s been a long time ! For those who have been here since the beginning, you could see that I have changed my account several times. I was @xxhaileybieber for a long time, then @adoringhailena and now @zigi.adoring ❤ On this account, I will post photos of Gigi, Zayn and obviously Zigi but it will not be an account only about their couple. I've been following them and supporting them for a long time: Zayn since 2010 with @onedirection and Gigi since 2014 💕 This account was finally a no-brainer. So, welcome on my account ! ❤

Hadid and Malik reunited in December 2019. They've dated on-off for years, since the end of 2015. Hadid has not confirmed her pregnancy on social media or elsewhere.

The model has talked about wanting to start a family in the past.

In February, she told i-D magazine: "As I get older ... well one day, I’ll start a family and I don’t know if I will always be modelling.

"The people I work with make me so happy, I’m so lucky to be around them. But who knows? Maybe I’ll take up full time cooking."

On Saturday, Hadid celebrated her 25th birthday while in lockdown with Malik and her sister Bella Hadid. The couple were all smiles at Hadid’s Pennsylvania farmhouse - where they have been isolating together.